Forty-four percent of New York City’s highest earners said in a new poll that they considered leaving the city in the past four months.

The Manhattan Institute commissioned the Siena College Research Institute for a poll of New York City residents who earn at least $100,000 per year that found 44 percent said they have considered moving out of the city, and 37 percent said it is at least somewhat likely they will not be living in the city two years from now. 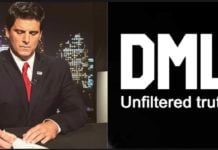