Two Boeing plane crashes that killed 346 people in five months were the ‘horrific culmination’ of design flaws, poor government oversight and a lack of action by the planemaker, US investigators have said.

Boeing and the Federal Aviation Administration were both criticized in a scathing report by the House Transportation Committee after the crashes in Indonesia in October 2018 and Ethiopia in March 2019.

Both the stricken planes were Boeing 737 Max 8 jets – a model which met FAA requirements but was grounded around the world in the wake of the second disaster 18 months ago. 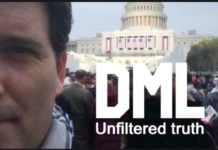