Written by DML
Our borders are wide open.  Therefore, in an attempt to help my readers share information that is critical for all Americans to know, this page will include information about the border crisis.

Starting on April 8, 2019 and throughout the entire 2020 election, I will add to this page on a regular basis.   It is your job to share this information on social media.  Bookmark this page or burn the URL into your brain.  DennisMichaelLynch.com/border

MAY 5
Toxic waste coming through the border.

Today, on Facebook.com/DMLNewsApp, at 12:45pm EST, I premiered a Walk & Talk that highlights a small portion of my upcoming film THEY COME TO AMERICA 4.  If you want to see my previous 3 films on immigration, click the FILMS link in the navigation bar above.

Here are photos I promised… MAY 2
CONFIRMED Diseases coming through the border. APRIL 8
This from health.com: An otherwise-healthy 10-year-old girl is featured in an alarming case report from the New England Journal of Medicine. The girl had been playing in a pigsty in rural Brazil two weeks before visiting a doctor. For the 10 days leading up to her appointment, she had developed painful and itchy lesions on her feet and toes, according to the report, with “black dots in the center.”

The girl turned out to have a skin condition called tungiasis, a parasite infestation caused by a female sand flea. The flea, called Tunga penetrans, can spread the disease to humans and animals.

The World Health Organization (WHO) says tungiasis can be found in nearly all countries in Central America.

APRIL 12:  ILLEGALS GET APPROVED FOR IN STATE TUITION.  KIDS OF VETERANS ARE DENIED

Delaware has considered but not enacted legislation, but two universities in that state—Delaware Technical Community College and the University of Delaware—allow undocumented students to be eligible for in-state tuition and financial aid.

In 2018, Connecticut, Maryland, New Jersey, Oregon and Washington enacted laws allowing certain immigrant students, such as students with Deferred Action for Childhood Arrivals (DACA), to be eligible for financial aid.

Imagine being a 2-year old and being sexually molested by a man who is 56.  That’s what took place in Sag Harbor, NY, a haven for illegal aliens. Imagine being a young teen and being r.a.p.e.d by a man in his 20s.  That’s what happened to TWO girls in East Hampton, another New York haven for illegal aliens that neighbors Sag Harbor. There is a group called NC FIRE.  They track the crimes carried out on children by illegal aliens.  So far this year, 235 counts of sexual assault and r.a.p.e. against kids in just the one state.

This is the cost of cheap labor.  Where does that cost appear on a spreadsheet?  It doesn’t.

APRIL 15:  THE NEXT CARAVAN is CREATING HAVOC in MEXICO (VIDEOS)

Below are videos shared by Portal Fronterizo Noticias, a news outlet in Tapachula, Chiapas, Mexico, a city on the Guatemalan-Mexico border.

Translation: “It is early to enter a new caravan of Central American migrants illegally to national territory by the municipality of suchiate, who seek to reach the northern border of the country to cross the
United States. Right now
se dirigen a Tapachula.”

The next video shows the migrants breaking down the border fence and forcing their way into Mexico, in the pre-dawn hours of the morning.
Translation: “As it is already custom 😤 in the face of the ineptitude of migrant federal authorities enter Mexico violently. In this video it is again appreciated as migrants from different nationalities of Central America violently enter Mexico this morning causing destruction.”

Translation: “The first members of the migrant caravan are coming to the central park of tapachula, this caravan entry is early in an illegal and violent way to Mexico. They are approximately 2 500 migrants who integrate this new caravan.”

Translation: “The Caravan of migrants is heading to Tapachula.”

Translation: “The authorities of the National Institute of migration and the federal police tried to divert the caravan of migrants towards the issuance. But it didn’t work, they’re heading to Tapachula.”

Migrants march through Tapachula on Friday:

Translation: “The Caravan of migrants arrived at the central park of Tapachula.”

Translation: “In protest activists, Cuban, Haitian and African migrants burn piñatas with characters such as Trump, López Obrador, Olga Sanchez and Carmen Yadira of Los Santos. To the outside of the facilities of the migration station century x1.”

On April 1st, it was reported that a local taxi drive was killed, reportedly by a Central American migrant:

Translation: “Alleged Central American assaults and kills a taxi driver in the state capital. Last night a taxi driver was killed by an alleged assailant. The facts occurred in the northern issuance of tuxtla gutiérrez, where a person who traveled as a passenger tried to assault him but resisted and in response was attacked with a white weapon. The taxi driver drove a few meters and stopped in front of the university of sciences and arts of chiapas, where he finally lost his life by trying to descend from his vehicle, while the assailant was arrested by some citizens who wanted to throw The name of the deceased is Brigido Ibarra Sánchez, 61 years old.”

Before 5 a.m. MT this morning, #BorderPatrol agents apprehended more than 980 individuals that illegally crossed the border in 3 large groups. The groups, mostly comprised of family units from Central America, were apprehended in the El Paso and Tucson Sectors. pic.twitter.com/4M3hXMXn9t

The Administration’s actions here could stifle our Valley economy. I stood with Congressman Jim Costa yesterday to speak out against this order and protect our business owners – especially our farmers and ranchers.https://t.co/RXZhze3asH

Hundreds are killed as a result of Muslim extremists carrying out terror attacks in Sri Lanka on Easter Sunday. The media breezes over the “Muslim” part of the story. Also, immigration has accounted for the majority of population growth in the US in 2018, according to the Census report. 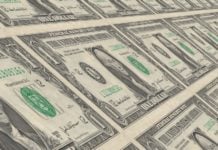 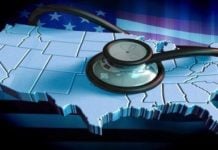