EXCLUSIVE: A newly filed complaint to the Intelligence Community Inspector General (ICIG) alleges that the whistleblower whose allegations touched off House Democrats’ impeachment inquiry may have violated federal law by indirectly soliciting more than a quarter-million dollars from mostly anonymous sources via a GoFundMe page.

The complaint, which was filed last week and obtained by Fox News, alleged the donations from roughly 6,000 individuals “clearly constitute” gifts to a current intelligence official that may be restricted because of the employee’s official position pursuant to 5 CFR 2635.203 and other statutes. To date, the GoFundMe has raised over $227,000.

The complaint also raised the possibility that some of the donations may have come from prohibited sources, and asked the ICIG to look into whether any “foreign citizen or agent of a foreign government” contributed.

One of the attorneys representing the whistleblower tweeted a link to the GoFundMe page in September. The page states that “A U.S. intelligence officer… needs your help” in the form of a “crowdfunding effort to support the whistleblower’s lawyers.”

Please help support the Intelligence Community Whistleblower raise funds via @wbaidlaw – this is a tax-deductible contribution. My sincerest thank you for your support. https://t.co/bPiFkc29o4

CLICK HERE to read more of this exclusive report from Fox News. READ THE COMPLAINT JUST FILED AGAINST THE WHISTLEBLOWER BELOW:

Complaint to ICIG regarding… by Fox News on Scribd

Donations may have come from prohibited sources, such as foreign citizens or foreign governments!

“The whistleblower…may have violated federal law by indirectly soliciting more than a quarter-million dollars from mostly anonymous sources via a GoFundMe page.”

Did any donations come from foreign sources?https://t.co/tHvZTFgY6m 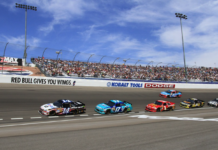