Senate Majority Leader Mitch McConnell (R-Ky.) says the Senate will begin debating an organizing resolution to start the Senate trial on Tuesday of next week.

The GOP leader said Chief Justice John Roberts will swear in senators as jurors this week, before the Martin Luther King Jr. holiday.

McConnell said the House is expected to send over articles of impeachment on Wednesday and the Senate will then have to go through a series of preliminary steps and housekeeping measures.

McConnell also stated, “We will be dealing with the witness issue at the appropriate time into the trial. And I think it’s certainly appropriate to point out that both sides would want to call witnesses that they wanted to hear from.”

.@Senatemajldr on impeachment timeline: “preliminary steps here this week which could well include the Chief Justice coming over and swearing in members of the Senate and some other kind of housekeeping measures…which would set us up to begin the actual trial next Tuesday.” pic.twitter.com/KBJHUHncpL

.@Senatemajldr on President Trump suggestion to dismiss impeachment trial: “There is little or no sentiment in the Republican Conference for a motion to dismiss. Our members feel that we have an obligation to listen to the arguments.” pic.twitter.com/6s999H0jUL

Reporter: “Can there be a fair trial if there are no witnesses?”
Sen. Majority Leader Mitch McConnell (R-KY): “If you look at the House product, you really got to wonder what the definition of a fair trial is.” https://t.co/PSRJsxlgY5 pic.twitter.com/Sq2ZazoZMX

Sen. Majority Leader Mitch McConnell (R-KY) on impeachment trial: “We will be dealing with the witness issue at the appropriate time into the trial. And I think it’s certainly appropriate to point out that both sides would want to call witnesses that they wanted to hear from.” pic.twitter.com/hAMzGhLlsm 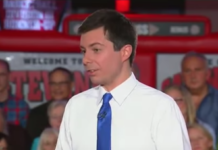