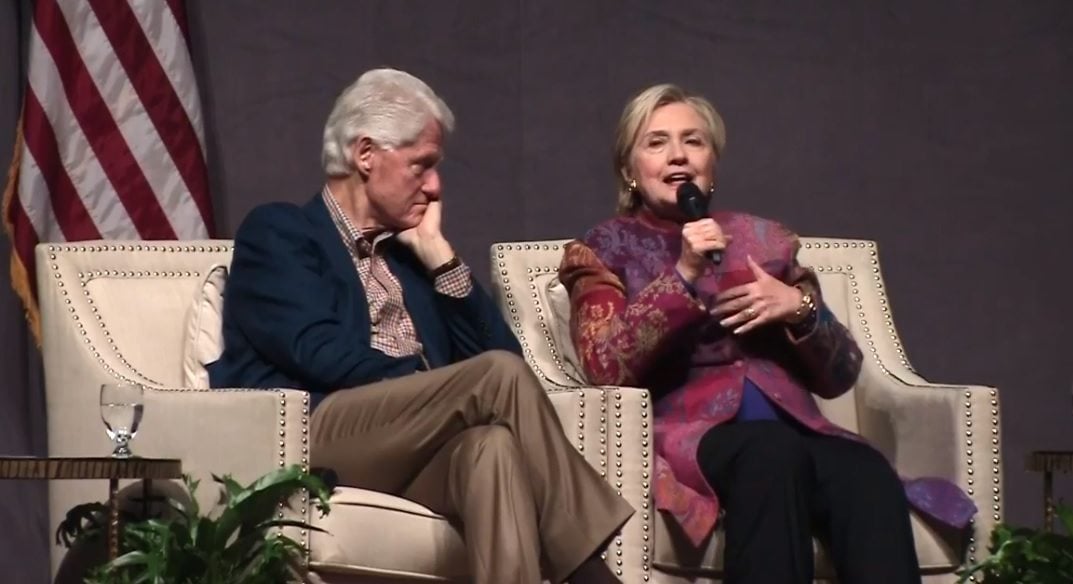 Bill and Hillary Clinton stayed at Jeffrey Epstein’s notorious ‘baby-making ranch’ almost every year after they left the White House, according to the disgraced financier’s estate manager.

The former president was Epstein’s closest ‘celebrity mate’ and the Clintons, along with daughter Chelsea, visited Zorro Ranch ‘a whole bunch of times’, a former contractor who ran the IT system at the property told DailyMailTV in an exclusive interview.

This is all according to security expert Jared Kellogg, who was brought in by long-standing ranch manager Brice Gordon to improve security and set up a camera system at the main house and ‘cowboy village’.

The report states that, according to Kellogg, the Clinton family “visited the 10,000-acre estate in the New Mexico desert often, but never stayed in the main house.” Instead, they stayed at a “special cowboy-themed village created by Epstein, which is a mile south of his own luxury mountaintop villa.”

CLICK HERE to read more of this report by the Daily Mail.

The Clintons were frequent guests at Epstein’s New Mexico ranch https://t.co/KQ4uGvtIyo via @MailOnline

The following photos appear on the Daily Mail website, of the “Wild West-style” guest homes on Epstein’s New Mexico ranch.

“The guest homes are next to other traditional Wild West-style buildings such as an old schoolhouse and saloon bar, which are all near to Epstein’s private airstrip, where he arrived on his private planes” pic.twitter.com/v3mCOAvx4j

“This is all according to security expert Jared Kellogg, who was brought in by long-standing ranch manager Brice Gordon to improve security and set up a camera system at the main house and ‘cowboy village'” pic.twitter.com/FXTxSMPzvW

“Epstein had a bizarre portrait of Bill in a dress hanging on the wall of his New York mansion…the former president apparently lounging on a chair in the Oval Office, wearing red heels and posing suggestively in a blue dress and was in a room off the stairway” pic.twitter.com/yFqrRRgGqV