FROM PATRICIA
I lived and taught in Okeechobee,FL for 27 years which is on the northern end of Lake Okeechobee. Please look at the blogs address ifasufl.edu. A blog which answers questions about Lake Okeechobee, estuaries St.Lucie, Caloosahatchee and others to the south of us. Scroll down to question 8 which covers the red tide problem. There are no easy answers. The Army Corp of Engineers is trying right now to present a plan affecting all who live around Lake Okeechobee. I have read news articles about this algae bloom in the lake. You can find out more by looking at their website. I would like for you or a member of the DML Team to research this problem. This is a controversial issue with neighbors who live and work around the lake and our neighbors to the South.By the way Lake Okeechobee is the 2nd largest lake in the 48 states not bordered by another country. Read up on the history of Lake Okeechobee and the terrible Hurricane of 1928 which caused the Army Corp of Engineers to build the Herbert Hoover Dam. Thanks for the video. Always enjoy your news.

DML: As you saw in my video, I am in Florida, and we are investigating.

FROM BECKY
You are in Florida. Rep. Brian Mast has to go; he is for open Borders. Could you please talk to Dave Cummings. And Mast has got money from Big Sugar Water — not going to get fixed.

DML: I assume you are referring to Red Tide issue in the latter part of your email.  We are down here in FL looking into the issue.  As for Rep. Mast and open borders, I’m of the mindset that most Republicans are for open borders… that’s why the borders are wide open despite a Republican president, Senate and House being in place.

FROM LARRY
RED TIDE. I just saw you on Facebook live giving the blame for red tide to the growers in The Glades…..I have lived here for 70 years and I want to tell you how wrong you are ..stay with politics and leave us alone. You don’t know what you are talking about. Shame….

DML: Oh goodness, another emotional email finds its way to my inbox. It’s the sort of email that includes nonsense, sent by an emotional person who makes themselves look silly by issuing misinformation.  FACT: I did not say where the Red Tide problem stems from, because truth is I don’t know where the problem stems from.

Let’s get one thing straight.  I have seen the problem now with my own two eyes, and it is so bad that I will no longer consider moving to this area of Florida after months of looking for a home to buy.

Bottom line, I’m down here researching the problem with my camera, doing what I do best.  I will be interviewing several people.  The man whom I interviewed Saturday (the captain in the video)  blamed it all on the sugar plantations (growers).  I did not blame anyone or anything.  I am doing more prodding and looking before I issue any sort of conclusion.  That said, if you have so much knowledge, why not send me an intelligent email with your phone number to set up a time when I will can come interview you?  Either way, if you can’t be an intelligent commenter, don’t comment at all — that’s my suggestion.

FROM JUDY
You are turning more people off on a daily basis, you are undermining our president to the max. A lot of my friends that always loved you are no longer listening to you.
You started like a fan for 50% of the people, but you sound more like a RHINO.
You can think it’s ok but we will never show up at the ballot box for you. It’s many more people than you think that feels the same way about you.
Sorry you are not who we thought.

DML: Sounds like you’re eating Larry’s sugar.  Lets break down your ridiculous email, shall we…

(2) It is impossible for me to be a RINO for I am not a registered Republican.  I am a registered Independent who is conservative in most of his thinking.

(3) Unless you know something I do not, my name is not on any ballots, so I have no idea what the hell you are referring to about not voting for me.  But then again, your email is pretty unclear… or better stated, it’s very clear that you have no idea what you’re talking about.

(4) You write: “You started like a fan for 50% of the people, but you sound more like a RHINO.”  What is heaven’s name does that mean?  We covered the RHINO part, but the first part of the sentence?  I assume you’re not referring to a ceiling fan, so then what?  Whatever you are referring to, your email is so poorly written that I couldn’t even begin to guess. And so I won’t.

(5) I am not “turning people off.”  Perhaps they are turning me off?  Is that what you mean?  Grammar is an important thing, so too is sentence structure.  Aside from that, how am I undermining the president on a daily basis?  And if I may tie in your last sentence with your first sentence, how am I not the person you thought I was?  Let’s narrow this down….

Assume for the moment your email made sense. Overall, you are claiming I am a RINO, and as such I am undermining the president on a daily basis because of my liberal ideals.  Furthermore, reading between the lines, it appears you want me to kiss Trump’s ass. Well, let me assure you of a few things:

(A) I have never kissed anyone’s ass, and I have no plans of changing in that area, so I am still the same person I always have been.

(B) I have never suggested we end DACA only to flip my position and say I love the DACA kids.  I have never placed amnesty for DACA kids as a part of a 4-point plan to fix immigration. Any Republican who would suggest amnesty, well, in my book they are a RINO.  Truth is, I have always rejected DACA, and I do not love DACA kids.  No change to be reported.

(c) I have always believed in repealing and replacing Obamacare immediately.  Never have I bent on this one.

(D) I would never donate to the Clinton Foundation. Never ever.

(E) Every day of my life I repeat the same thing I have said for years, which is to cut off the money to illegal aliens.  This starts with mandatory e-verify.

(F) I have always said NAFTA should be ripped up.   Not renegotiated, but torn up to shreds.

(G) I have always gone out into the community and looked at problems first hand and worried about those around me more than myself — I have even put myself in harms way to protect strangers I do not know.  See border films, Bundy film, We Ride to DC, and upcoming homeless film as proof.

(I) I acknowledge on a daily basis the problems facing America without sugar coating it.  This has always been me.  For example,  homeless people are all over the place. There are more homeless today than when Obama was in office.

(J) I do not blow off that drug overdoses just hit a new high in 2017.  I have always covered that problem as a news man.

Lets look at President Trump on the other hand…

B) He promised to end DACA on day one, but he did not.  He told DACA kids he loved them instead, and despite all the warnings people like myself gave him about saying such a stupid thing he didn’t listen. Thus, the result of his lovey dovey tweets about DACA amnesty has caused the current surge at the border.  You, and your friends want me to ignore this?  Sounds like you are the RINOs.

c) Obamcare remains the law. POTUS has blasted out more tweets about Omarosa and buying books written by Fox News hosts than he has about Obamacare this year.   You, and your friends want me to ignore this?  Sounds like you are the RINOs.

D) Trump donated to the Clinton Foundation.  That can never be erased.

E) Never once has the president tweeted or referred to mandatory e-verify despite every person with half a brain knowing it is the number one solution for stopping illegal immigration.  Why has he not mentioned it?  Because he loves cheap labor, and so do his big donors. You, and your friends want me to ignore this?  Sounds like you are the RINOs.

G) Trump holds rallies and talks about himself and the fake news media.  I would never do such a thing, nor will I praise it.  People are hurting — not everyone is benefitting from the tax cuts and stock market.   There are real problems that loom, and in some cases are worse than when Obama was in office.  They need to be addressed more than CNN’s Jim Acosta and his distain for the president.

H) Trump has donated to tons of Dems.   Can’t erase this fact.

I & J) You want me to ignore the homeless and drugs like Trump does? Sorry, that aint gonna happen JUDY.  I want to help my fellow Americans, not alienate them.

I could go on and on and on and on.  But, instead, I ask you why you are still here if I am such a scumbag?  Bottom line is this… you and your “friends” who don’t listen to me anymore are no better than the Democrats or the RINOS.  You want to be fed the red meat BS that makes you get all ticklish inside.  You want me to chant “I hate, hate, hate Hillary, and I hate, hate, hate Obama, and I love, love, love Trump.”  Sorry, that ain’t happening here.  I don’t hate or love politicians.  I focus on policy.

To get your fix, I suggest you tune in at 9pm M-F on the Fox News Channel.  Meanwhile, I will be out here in my little world of news and wild RHINOs, bucking horns and making waves by doing the job people like me are supposed to be doing — holding the president and politicians in DC accountable when needed, and praising their efforts when deserved.  That said, I suggest you get your head out of the sand and stop sucking on the sand crabs because you are awfully crabby.  Tell your friends to enjoy the photo of the day.

PHOTO OF THE DAY
Some would say this photo is offensive. I say it’s the circle of life and a thing of beauty. 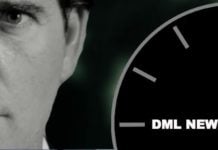