In a Facebook Live broadcast Monday morning, DMLNewsApp and TeamDML.com founder Dennis Michael Lynch (DML) weighed in on the exploding number of inner city shootings, at the very time calls to defund and dismantle police are growing. Below is a sampling of what took place over the weekend: 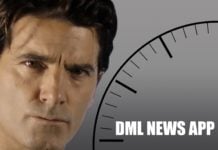