Declaring that the airstrike would lead to a war with Iran, Carlson said Trump ran in 2016 on a promise of getting away from endless wars abroad. Carlson’s slam against Trump over the airstrike has been highly praised by liberal CNN hosts… and DML said that’s one sure sign Carlson is dead wrong.

Taking Carlson’s talking points one by one, DML explained in passionate detail why Carlson got this one wrong… very wrong!   WATCH his powerful Facebook Live video below:

TeamDML is growing into a powerful, nationwide group of Conservatives and Independents who are holding elected officials accountable and pushing hard to help President Trump win re-election in 2020. Consider becoming a member of TeamDML, where you can have full access to the daily news broadcasts, documentaries and so much more! CLICK HERE to get more information today! 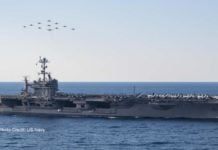 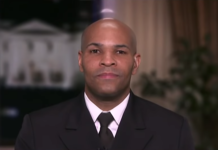