1 – In dramatic reversal, Wayne County election board Republicans rescind votes certifying results
From John Solomon: In an extraordinary turnabout that foreshadows possible legal action, the two GOP members of Wayne County’s election board signed affidavits Wednesday night alleging they were bullied and misled into approving election results in Michigan’s largest metropolis and do not believe the votes should be certified until serious irregularities in Detroit votes are resolved.

The statements by Wayne County Board of Canvassers Chairwoman Monica Palmer and fellow GOP member William C. Hartmann rescinding their votes from a day earlier threw into question anew whether Michigan’s presidential vote currently favoring Democrat Joe Biden will be certified. They also signaled a possible legal confrontation ahead.

Both GOP board members said their concerns included discrepancies in nearly three quarters of Detroit’s precinct poll books where ballots are supposed to be matched to qualified voters.

“The Wayne County election had serious process flaws which deserve investigation. I continue to ask for information to assure Wayne County voters that these elections were conducted fairly and accurately. Despite repeated requests I have not received the requisite information and believe an additional 10 days of canvas by the State Board of canvassers will help provide the information necessary,” Palmer explained.

Their pronouncements come just 24 hours after a chaotic meeting in which the county’s election board initially failed to certify the Nov. 3 election results during a 2-2 deadlocked vote when both Palmer and Hartmann voted against certification. But after hours of contentious public comment and criticism — including Democratic allegations of racism and threats against their safety — the two GOP members struck a deal to certify the elections in return for a promise of a thorough audit.

Palmer and Hartmann said Wednesday they learned that state officials had reneged or would not honor the audit, leaving them no recourse but to oppose certification until more investigation could be performed.

(The report notes that it is not yet clear whether Palmer’s and Hartmann’s decision to rescinded their votes would stop state officials from proceeding to name electors.)

Below is a sampling of the threats and bulling the two Republicans received after initially refusing to certify the election Tuesday night.

“I want you to think about what this means for your kids, who probably go to [redacted]”…

Democrat @NedStaebler threatening county officials when he didn’t get his way pic.twitter.com/VilOJ9JXa7

RNC Chairwoman Ronna McDaniel explained the serious irregularities in the election which Palmer and Hartmann are concerned about:

The hate and the vitriol directed at GOP canvassers in Wayne County was horrific.

To see them be harassed like that – it’s mob rule! pic.twitter.com/I3NRWaB3FL

DML: GO BACK, listen to my shows from when I first posted my predictions based on the Electoral College.  I said the Michigan GOP is lame, and it turns out I was correct.  Threats or no threats, MI should not be the mess it is. Trump won this election, and if the GOP was better equipped to serve the president we’d be in a better place.

“The four articles of impeachment against Gov. Whitmer include failing to respect the separation of powers by exercising power granted to the legislative branch, violating the constitutional rights of the people of Michigan, issuing executive orders against the interests of the people and state, and using state resources to reward political allies,” he added.

LaFave, along with Representatives Matt Maddock and Daire Rendon, issued the resolution claiming the governor has guilty of “corrupt conduct in office and crimes and misdemeanors” after she and the Department of Health and Human Services issued a three-week order limiting indoor social gatherings starting Wednesday.

State Sens. Tom Bakk and Dave Tomassoni both said they would leave the Democratic-Farmer-Labor Party, the state’s version of the Democratic Party, to form a new independent caucus within the upper chamber. In a statement Wednesday, the two said their goal was to create a more bipartisan, moderate atmosphere.

“I’m very disappointed by the extreme partisanship going on nationally and right here in Minnesota. Both political parties are to blame. The constant negative and sharp rhetoric is undermining voters’ confidence in our public institutions,” Bakk said in a statement. “It doesn’t have to stay this way.”

Bakk’s exit is especially surprising because he is a former leader of the Senate DFL caucus. Bakk won election as minority leader in 2011, then served as majority leader until Republicans reclaimed control of the state Senate in 2017.

DML: Amazing how the Republicans in Congress continue to gain seats and this president lost?

4 – Rural Oregon counties vote to discuss seceding from state to join ‘Greater Idaho’
Fox News: A group called Move Oregon’s Border is leading an initiative to have Oregon’s rural counties secede from the rest of the state and join Idaho.

Mike McCarter, 72, a retired plant nursery worker and lifelong Oregonian, has been leading the effort for almost two years. He said he and many others are eager to “get out from underneath the chokehold of Northwestern Oregon.”

“We’ve watched the shift take place in Oregon politics where the primary concern of the Legislature is Northwest Oregon. That’s where 78% of the state’s population is based. They tend to forget that every law that you pass in the state affects us out in the rural economies, too,” McCarter told Fox News.

He highlighted a number of benefits that come with being a citizen of Idaho, including lower taxes and generally more freedoms. Idaho is ranked No. 3 in regulatory freedom whereas Oregon is ranked No. 43, according to the Cato Institute.

Oregon’s state politics took a sharp left turn during the past 20 years, something that has not gone unnoticed by more conservative residents in the state’s rural communities. McCarter pointed to a recently passed law that made Oregon the first state to decriminalize possession of hard drugs.

“Now you look and you say, ‘well, if you’re homeless, if you’re a hard drug user, if you’re a rioter, if you’re an illegal, come to Oregon – we’re a sanctuary state and you won’t get in trouble.’ And that’s not the way conservatives feel in Oregon.”

Senate Finance Committee Chairman Chuck Grassley and Senate Homeland Security Chairman Ron Johnson unveiled what they called a “supplemental” to the report they published in late September, in the thick of the 2020 election, an effort that was panned by critics as a partisan attempt to damage the elder Biden’s image and led to claims that the Republicans were dabbling in Russian disinformation, which the GOP investigators denied as baseless, insisting their effort was grounded in documented facts and had uncovered troubling connections.

“These new records confirm the connections between the Biden family and the communist Chinese government, as well as the links between Hunter Biden’s business associates and the Russian government, and further support the Committees’ September 23, 2020 report’s finding that such relationships created counterintelligence and extortion concerns,” the senators wrote in the five-page report, which was followed by 65 pages of evidence.

Elsewhere, they wrote that after their September report was issued, “new sources went public with additional information about business relationships and financial arrangements among and between the Biden family and their business associates, including several foreign nationals … The new information is consistent with other records within the Committees’ possession which show millions of dollars being transferred from a Chinese entity linked to the communist party to Robinson Walker LLC.”

The senators noted that Rob Walker is associated with at least three companies tied to Hunter Biden and pointed to new information made public last month by Tony Bobulinski, another former business associate of Walker, Hunter, and Joe Biden’s brother, James.

DML: Imagine if the people who voted for Biden knew this when they voted.

When he closed Wednesday evening’s broadcast, Holt offered a somber address to viewers regarding the American lives that were lost during the pandemic and questioned whether those who are following CDC guidelines and taking extra precautions to prevent the spread of the virus should be “mad” at those who aren’t.

Holt questioned whether the deaths of more than 250,000 people give permission to be angry at superspreader events. Meanwhile, the network was broadcasting images from last weekend’s “Million MAGA March” in Washington.

NBC Nightly News anchor Lester Holt ended the show tonight by stoking bitter hatred of Trump supporters.
Showing images of the weekend’s march in DC (no mention of BLM protests), Holt proclaimed: “Do 250,000 deaths give us permission to be mad over these superspreader moments?” pic.twitter.com/8loMNIIFpv 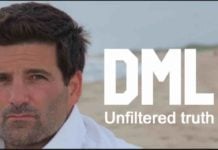