I begin by saying that any veteran, regardless of his or her political bent, should be honored for his or her service.

The above said, as a conservative I was no fan of Republican Senator John McCain. I found him to be more in line with Democrats than conservatives on issues that matter most to me.

McCain was part of the Gang of 8 in 2012-2013. The Gang of 8 was a collection of eight US Senators who pushed a comprehensive immigration bill that granted a pathway to citizenship for the majority of illegal aliens living in the USA.  I disagreed with this bill and fought against it heavily.

Recently, he was the deciding vote that prevented a repeal of Obamacare. This was a move that most people, including yours truly, felt was a jab at President Trump for his ongoing, long list of nasty comments about McCain that stems back to the 2016 campaign.

Senator McCain spent decades serving in the US Senate, and as far as I am concerned he is an example to look to when arguing in favor for term limits.

Despite all the bullet items that one can list in making the argument against Sen. McCain as a Republican, Americans should give thanks and appreciation for his time served. However, there is a difference between honoring a man and using his death as an opportunity to highlight opposition for a sitting president.

This morning while at the gym, I was stuck watching a TV that was stuck on CNN. The network is by all means liberal leaning, and it does not hide its disdain for President Trump. This is no new news — the media is no longer fair and balanced. Tune into the right-leaning Fox News Channel and it is clear the distain they have for Hillary Clinton. The difference between the two is that if a leading Democrat was to die, I don’t envision hours long dedications to how great she or he was in serving the Democratic Party. Viewers would tune out.  Thus, I render my feelings about CNN’s coverage of McCain.

CNN is going out of its way to prop McCain as a superhero in US politics. They make his time in the Navy as if it was straight out of a Hollywood film where one man saves an entire nation. Why does CNN do this day after day, hour after hour? Because at the end of each dedication to McCain, CNN follows up with a report highlighting Trump’s distain for the man they slate as the sort of American hero we will never see again.  This does nothing more than make their viewers hate Trump more than they already do.

Trump started a fire by not taking the high road and issuing a statement early on about McCain’s passing, and the White House poured gasoline on that fire by not keeping the flag at half-staff for more than two days. CNN, in an attempt to take advantage of this to make Trump look bad, is running endless segments about McCain as if he was a Democrat with more clout than Nancy Pelosi and Chuck Schumer combined.

Trump hates bad press, but he is his own worst enemy at times.  He has a history of creating his own bad press by allowing his ego to get the best of him. This is one of those moments.

I am sure it burns him inside to be publicly eliminated from attending McCain’s funeral, but lets not forget that Trump tore into McCain on a regular basis. His comments went beyond political. McCain was no better — he said nasty things in return about Trump. If I was McCain, I wouldn’t want Trump at my funeral. If I was Trump, I wouldn’t want McCain speaking at my funeral either.

The bottom line is this. The media, the White House, and the Congress have all forgotten their place in line. It is we, the American people who come first.  But sadly we are put on the back burner, we are left to endure the drama that does nothing in helping us solve the real problems facing our nation.

Fact is, Trump and McCain used their disdain for each other as a way of grabbing headlines in the same way CNN is using the death of a veteran to crash down on a sitting president. I am tired of this messy news coverage.  We deserve better.

I end where I started. Senator McCain was not the best politician, but he wasn’t the worst, and whether we agree or disagree with his politics, it should not be overlooked that he served this nation as a member of the military. Again, I repeat, regardless of his politics, he should be honored for his service. If we could all step away from the hate machine for just a few days, we would be a much cleaner media, a far more effective White House, a much more respected president, and a far better nation of Americans. 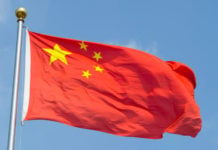