Below you will find DML’s Daily Poll for July 4. Please take the poll and then share it on your social media pages. Poll results will be posted tomorrow on TeamDML.com at 5pmET. Be sure to never miss a new poll or the poll results by downloading the free DML App from the Google Play or Apple App Store. Be sure to sign up for our daily email newsletters, and don’t forget to follow DML on Twitter, YouTube, Facebook, and Instagram.

Several news agencies are reporting that President Donald J. Trump did not give a unifying speech at the base of Mount Rushmore Friday. “Trump Uses Mount Rushmore Speech to Deliver Divisive Culture War Message,” a headline from The Washington Post read. “Trump tries to drag America backward on a very different July 4th,” CNN reported. The UK’s The Independent ran with this headline: “US president delivers angry Mount Rushmore speech,” while the Democratic Coalition blasted the speech as “boogaloo-inspired,” a term for the far-right.

Taxpayers footed the bill for this unAmerican idiocy, a nakedly transparent camapign rally, and Trump obviously didn’t even bother reading Stephen Miller’s boogaloo-inspired script until he arrived at Mount Rushmore.pic.twitter.com/iZ4FEm5AjE

In the speech, Trump defended America, saying, “Our nation is witnessing a merciless campaign to wipe out our history, defame our heroes, erase our values and indoctrinate our children. Angry mobs are trying to tear down statues of our founders, deface our most sacred memorials and unleash a wave of violent crime in our cities.” Trump described the “dangerous” movement as “a new far-left fascism that demands absolute allegiance. If you do not speak its language, perform its rituals, recite its mantras and follow its commandments, then you will be censored, banished, blacklisted, persecuted and punished. This left-wing cultural revolution is designed to overthrow the American Revolution.” He went on to say: “We will expose this dangerous movement, protect our nation’s children, end this radical assault and preserve our beloved American way of life.” If you haven’t seen the speech, you can watch it here.

After Trump’s speech, CNN reported: “… when many Americans are wrestling with the racist misdeeds of the country’s heroes… their commander-in-chief is attempting to drag America backward — stirring fear of cultural change.” Other outlets had similar criticisms. In contrast, the said Trump’s speech was, “condemning protesters for tearing down monuments to America’s founding generation.”

As Trump’s impassioned speech has sparked controversy, we wanted to know what you think.

PLEASE TAKE OUR POLL BELOW – WE WANT YOUR OPINION! Was Trump’s Mount Rushmore speech divisive? 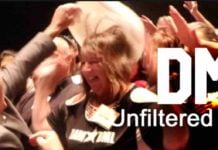 Erica, the humanoid robot, is chatty but still has a lot to learn