Prime Minister Benjamin Netanyahu on Tuesday threatened Hamas leaders with “the surprise of their lives” if a spate of attacks from the Gaza Strip didn’t come to an end. Minutes later, yet another rocket was fired from Gaza at Israel’s south.

“I’m telling you as prime minister, I don’t rush to war,” Netanyahu said in an interview with Channel 20 on Tuesday night. “I don’t puff out my chest, bang drums and blow trumpets. But we’re preparing for Hamas the surprise of their lives. I won’t say what it is, but it will be different from anything that came before.”

Whether Israel carries out its “surprise,” he added, “is entirely up to them. If they don’t come to their senses with the rockets and don’t stop the balloons, it’s only a matter of time before we deploy it. Remember what I’m telling you,” he said.

The information listed is from TIMESOFISRAEL.COM. 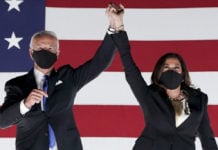