Dennis Michael Lynch
Home News Feed Powered by DMLNewsApp.com EXCLUSIVE: Here’s how you can show your support for Trump amid the... The Democrats’ impeachment of President Trump, along with House Speaker Nancy Pelosi’s declaration that he is now “impeached forever,” is an insult to the nearly 63 million American citizens who voted him into office to lead our nation.

President Trump ran on the campaign promise of “Americans First,” and he has continually upheld that commitment throughout his presidency, despite pushback from the open borders advocates and liberal Democrats.

Last year, Trump supporters went wild over a bold, patriotic t-shirt created by TeamDML.com founder Dennis Michael Lynch during the time the president fought to put the citizenship question on the U.S. Census.

As President Trump launches into this 2020 campaign season for his re-election, it’s important that we send a strong message to the president that we SUPPORT his agenda of putting American citizens FIRST.

Stand tall! Get your T-shirt and show America that you are a PROUD US CITIZEN. And now – for a limited time – each order includes a FREE DVD of DML’s powerful new documentary, “United States of Tents,” which addresses the devastating homeless crisis in America.

“United States of Tents” takes you on a journey to several homeless camps across the country, and includes interviews with leaders in many communities who are addressing this crisis with real, inspiring solutions. (SCROLL DOWN to watch a sneak preview of the film.) 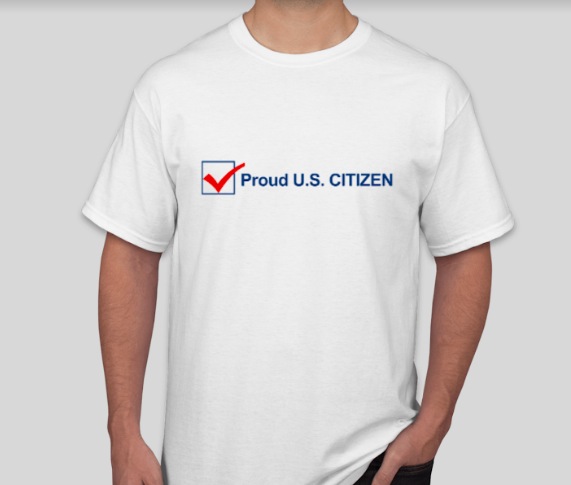 All orders ship via USPS ground. Shipping is FREE. Each shirt costs $24.00 To order online now, just select your style and size and click the yellow BUY NOW button below. If you do not have a PAYPAL account, simply sign in as a guest. *If you have questions about your order, contact us at [email protected]

WATCH THE VIDEO BELOW for a sneak preview of “United States of Tents.” Again, for a limited time, a FREE DVD of this powerful, eye-opening documentary will be included with each “Proud U.S. Citizen” T-shirt order! 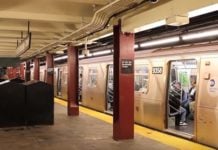