The San Fransisco Chronicle reports that there was a public ‘outcry’ after Jose Armando Escobar-Lopez were arrested. Why? Because Escobar-Lopez was an “undocumented immigrant” who was reported by police to ICE.

The Chronicle reports that Escobar-Lopez and his girlfriend were “driving home from church” when Daly City police pulled their car over. Escobar-Lopez was driving without a license, and his immigration status was discovered.

“In California, that wouldn’t have gotten the 21-year-old immigrant from El Salvador into trouble with immigration authorities because the state’s sanctuary law, implemented in 2018, largely prohibits police from cooperating with ICE unless an individual commits a serious crime,” the Chronicle reports. “But on May 11, the police officer arrested Escobar-Lopez then turned him over to federal immigration officials. Now, Escobar-Lopez may be deported.”

Sanctuary cities may continue to deny the dangers of illegal immigration, but one immigration expert has continued to talk about what this is COSTING American citizens.

Over the past decade, Dennis Michael Lynch has produced three powerful documentary films about the costs and the impact of illegal immigration. In his films, DML takes you behind the scenes and provides facts, interviews and real solutions that are never presented by the mainstream media. It is critically important that the eye-opening information in these films be shared, now, more than ever. 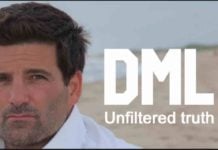 VIDEOS to be used for DML Podcast – Thurs. Sept 24 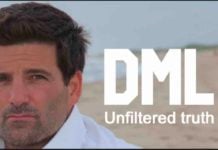