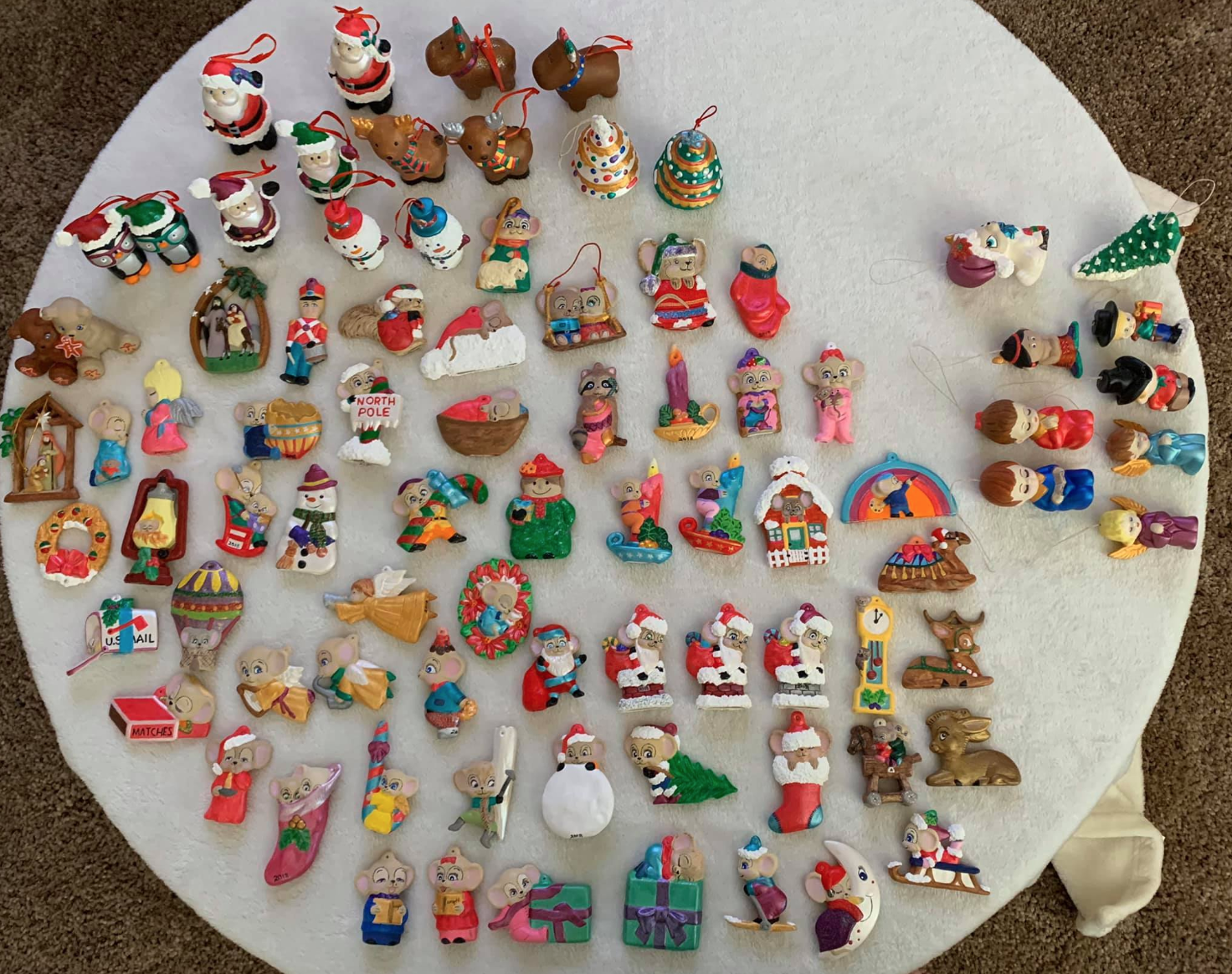 In the true spirit of Christmas, TeamDML member Lisa Shrosbree turned her artistic talents into a unique and successful fundraiser for the DML Foundation Friday evening, and raised more than $1,200 selling over 80 hand-painted Christmas ornaments in a Facebook Live from her home.

Shrosbree said she has painted ceramics as a hobby since she was a teen.  After her husband passed away three years ago, she found that painting the ornaments helped her deal with loneliness and feel productive.  “I painted these for myself or to give away as Christmas gifts. They were never painted to sell,” Shrosbree said.

Depending on the detail involved, each ornament takes an average of 2 hours to paint, with some taking 6-8 hours each. “I paint them under a magnifying light to get as precise and detailed as humanly possible,” she explained.

The ornaments were carefully boxed away when she made a move from California to Arizona, and have never even hung on a tree. Suddenly, Shrosbree, who is disabled, decided to devote her Christmas ornaments to a greater cause – a fundraiser for the DML Foundation, which will benefit veterans.

Shrosbree notified other TeamDML members and her personal friends a few days in advance, and then held her fundraiser in a fun and successful Facebook Live video Friday night, which also included raffles, trivia games and prizes.

“Even though I’m disabled I need to feel productive. Painting these as gifts gave me the feeling of being productive. Last night was the reward. I am a little selfish, I did what I did last night because I need to see and feel joy I can bring to others. That’s my reward,” she said.

Lynch was so impressed with Shrosbree’s fundraiser, he announced Saturday morning that another company he owns, Project 1600, Inc., will match her fundraiser, bringing the total contribution to the DML Foundation to $2,400.

He has asked another TeamDML member, who is a U.S. Air Force veteran, to help choose a veteran or American in need as the recipient for the donation… just in time for Christmas!

WATCH Shrosbree’s video of her fundraiser event below:

Founded by businessman, filmmaker, and political commentator Dennis Michael Lynch, TeamDML is a subscription-based social platform for independents and conservatives, which includes ad-free news from the DMLNewsApp website, access to DML’s daily news programs, films, documentaries, special events, and much more. But more than that,  TeamDML.com has provided a platform where great Americans are coming together to build strong bonds and life-long friendships, participate in exclusive projects to help re-elect President Trump and support conservative values and policies.  CLICK HERE to learn more. DML LIVE: Americans will fight back on Election Day [VIDEO]