The Backstory (via CBS News):

The ad shows a picture of the young congresswoman bursting into flames to reveal a picture of a pile of skulls. The narrator of the ad, onetime Republican congressional candidate Elizabeth Heng, is the daughter of Cambodian immigrants.

Many took to social media to complain about the advertisement.

“That ad burning AOC’s face was horrifying,” tweeted Eugene Gu, a doctor and President and CEO of Ganogen.

The complaints eventually targeted ABC, the network that ran the ad, and “#BoycottABC” began trending on Twitter by Friday.

“ABC can go to hell,” co-founder of The Dem Coalition Scott Dworkin tweeted. “Running propaganda with a picture of @AOC being set on fire, with dead bodies & skulls in the background, was absolutely despicable. People need to be fired over this.”

On Saturday, Heng, who is also the founder of the political action committee (PAC) New Faces of the GOP (which was responsible for producing the ad) said, “I’m currently getting death threats since the ad aired.”

Here is the ad, in case you haven’t seen it.

What do you think? 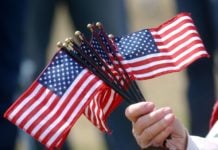 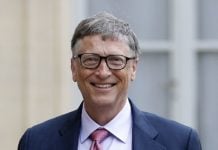