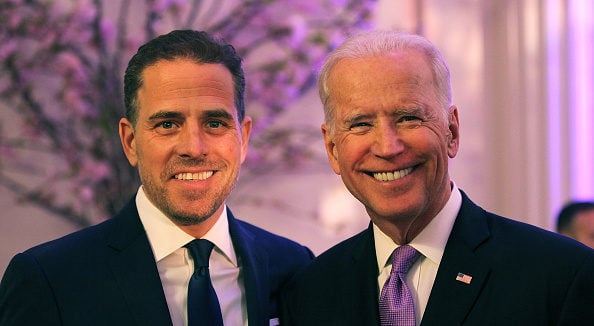 During the public impeachment hearing on Wednesday, State Department official George Kent admitted that Hunter Biden’s role on the board of Ukrainian natural gas firm Burisma Holdings created the appearance of a conflict of interest.

Kent further stated that he would “love” to see Ukraine look into the circumstances surrounding the closure of a probe tied to Burisma.

Kent said he and other officials’ strongly believed that Burisma’s founder, Mykola Zlochevsky, had stolen money, and that a prosecutor had taken “a bribe to close the case.”

“I think since U.S. taxpayer dollars are wasted, I would love to see the Ukrainian prosecutor general’s office find who the corrupt prosecutor was that took the bribe and how much was paid,” Kent answered.

President Trump has repeatedly questioned the Bidens’ roles with Ukraine and Burisma, and has called for both Hunter Biden and former president Joe Biden to be subpoenaed to testify over the matter.

PLEASE TAKE OUR POLL TODAY – WE WANT YOUR OPINION.  Should Congress investigate Hunter Biden’s and Joe Biden’s involvement with Ukraine?