President Trump is being pounded over an edited photo he re-tweeted Monday morning, which showed Senate Minority Leader Chuck Schumer and House Speaker Nancy Pelosi both dressed in Muslim garments, with an Iranian flag behind them.

The photo was intended as a slam against the Democrat leaders over their criticism of the president for his authorization of an airstrike which took out Iranian general and terror organizer Qassim Soleimani.

It was originally tweeted out early Monday morning by Twitter user @D0wn_Under, who wrote, “The corrupted Dems trying their best to come to the Ayatollah’s rescue. #NancyPelosiFakeNews.”

Schumer slammed Trump for re-tweeting the photo, declaring, “President Trump: How low can you go? Republicans: How long can you cover up for and defend the president’s actions?”

Rep. Ilhan Omar slammed the photo as “anti-Muslim bigotry,” and Twitter is ablaze with backlash over the re-tweet.

White House Press Secretary Stephanie Grisham responded to a question in a Fox News interview about the photo, saying, “I think the president is making clear that Democrats are parroting Iranian talking points and almost taking the side of terrorists and those who were out to kill Americans.”

PLEASE TAKE OUR POLL BELOW – WE WANT YOUR OPINION! Should President Trump have refrained from tweeting that photo of Schumer and Pelosi wearing Muslim garb? Or is it simply an accurate reflection of the positions they have upheld? 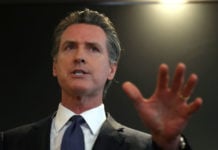 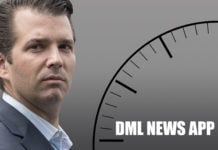