A top aide to Sen. Ted Cruz (R-Texas) resigned on Tuesday as her former boss continues to face criticism over his objections to the official affirmation of President-elect Joe Biden’s win in two states after the violence that overtook the U.S. Capitol last week.

In a statement to The Hill, the senator’s office confirmed that communications director Lauren Blair Bianchi had agreed with the senator that “it would be best to part ways.”

“Sen. Cruz and Lauren agreed that it would be best to part ways. He thanks her for her service and wishes her the best,” read the statement.

New: Sen. Ted Cruz’s comms director has resigned in wake of Jan. 6 attack. Lauren Blair Bianchi has been Cruz’s top communications aide since July 2019. Cruz was one of the leading GOP voices in effort to object to certification of Joe Biden’s election. @Phil_Mattingly reports 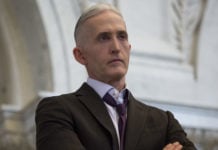