Lawyers for the federal government Friday urged a judge deciding whether to close a massive facility for unaccompanied migrant children in government custody to disregard several declarations by physicians and an expert on law and immigration.

The attorneys interviewed children in Homestead — which is currently empty, but can hold as many as 1,200 children — in November 2018 and March 2019. They said in the May motion that children were detained for too long, were “harmed by lengthy detention at Homestead,” and subject to “prison-like” rules. That motion included testimonials from dozens of children who were detained at Homestead, as well as the declarations the government is now seeking to bar — from an attorney who interviewed many of the children, and a trio of physicians.

Attorneys for the government said some of the interviews Frye referenced in her declaration were conducted by others. They called some of her allegations hearsay. 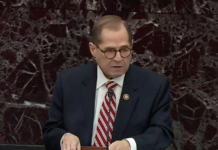