As the most reliable and balanced news aggregation service on the internet, DML News App offers the following information published by ETONLINE.COM:

Naya Rivera has been laid to rest. The late Glee actress, who was found dead at Lake Piru in Ventura County, California, after going on a boating trip with her son, was honored with a private funeral and laid to rest at Forest Lawn Memorial Park in Los Angeles on July 24, according to the death certificate obtained by ET.

Rivera’s death certificate, filed in Ventura County, confirms that her cause of death was “drowning” and states that she died within a “manner of minutes.” It also notes that there were no other significant conditions that contributed to her death.

Naya Rivera has been laid to rest two weeks after drowning.

Her death certificate revealed she died "within minutes" https://t.co/bk6MrstaLe

To get more information about this article, please visit ETONLINE.COM. 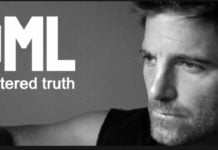