One of the new leaders of the Women’s March has a history of anti-Zionist tweets.

Zahra Billoo, the Executive Director of the Council on American-Islamic Relations, is one of many new board members following the organization’s decision to sever ties with Linda Sarsour, Bob Bland, and Tamika Mallory. The three former board members have been bogged down by accusations of anti-Semitism for months, in part because they have ties to notoriously anti-Semitic Nation of Islam leader Louis Farrakhan.

Billoo, who is also a civil rights attorney, has tweeted negatively about Zionism for years. Earlier this year, she declared herself to be a “proud anti-Zionist,” because “if you support the idea of an ethnocentric nation-state, we are not in the same fight for liberation. I oppose a white nation, a Muslim nation, a Jewish nation, and any other whose current status requires privileging one identity over another.”

Here are some of the “Best of…” from new Women’s March board member, CAIR leader Zahra Billoo, who told Palestinian activists last year she does NOT believe Israel has a right to exist. The agenda is clear: one state called Palestine with “right of return” by Palestinians pic.twitter.com/aiNshKjfdP

One example is Zahra Billoo

Click here to see more screenshots and insight about the tweets.

New member of board on this list: Zahra Billoo, a CAIR director who openly supports terrorist organizations. She has called the US military a criminal enterprise worse than ISIS, and supports the establishment of a global Islamic caliphate. https://t.co/BilrVTlUfh

Related: VIDEO: Linda Sarsour trotted out as a campaign surrogate for 2020 frontrunner 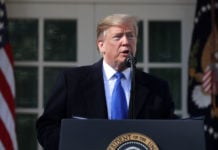