The top communications official at the Department of Health and Human Services (HHS) will be taking a medical “leave of absence,” the agency announced Wednesday.

Michael Caputo, a top Trump health appointee, will be focusing on “his health and the well-being of his family” for the next 60 days, the federal agency said.

Caputo has been under fire for comments he made attacking career scientists at the Centers for Disease Control and Prevention (CDC), accusing them of being anti-Trump.

“Today, the Department of Health and Human Services is announcing that HHS Scretary for Public Affairs Michael Caputo has decided to take a leave of absence to focus on his health and the well-being of his family. Mr. Caputo will be on leave for the next 60 days.

“Dr. Paul Alexander, Senior Police Advisor to the Assistant Secretary for Public Affairs, was hired to engage with the department on a temporary basis. Dr. Alexander will be leaving the department.

HHS spokesman Michael Caputo to take a 60 day leave of absence “to focus on his health and the well-being of his family”- a day after he apologized to staffers for a conspiracy-laden rant in which he accused government scientists of “sedition” & working to undermine the President pic.twitter.com/arM2w002he

NEW: We have the Michael Caputo video from Facebook Live.

Michael Caputo’s weekend statements were politically toxic. But his personal comments also revealed an isolated and despondent man. He should step down for the good of the country, but also for his own personal health. https://t.co/QsZfq149Xl

“And when Donald Trump refuses to stand down at the inauguration, the shooting will begin,” [Trump official Michael Caputo] said. “The drills that you’ve seen are nothing… If you carry guns, buy ammunition,… because it’s going to be hard to get.” OMGhttps://t.co/Fnvm9ZqIec

CNN has confirmed top HHS spokesman Michael Caputo apologized to staffers today. His status at HHS is uncertain at this point, we are told. Caputo was already on thin ice at WH and HHS prior to his FB comments, source familiar with the matter added. 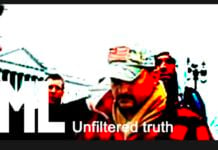