Dennis Michael Lynch
Home News Feed Powered by DMLNewsApp.com REPORT: US Bombs Its Own Military Base In Syria

Two U.S. jet fighters bombed an American military base in Syria Wednesday to keep Turkey from taking control of the facility, the U.S. military said.

The decision to conduct a pre-planned airstrike on the base formerly used to train U.S.-allied Kurdish fighters — LaFarge Cement Factory — came after Turkish fighters began to move in on the facility, according to Col. Myles Caggins, a spokesman for the U.S.-led campaign against the Islamic State.

The airstrikes were meant to “reduce the facility’s military usefulness” for Turkey, a NATO ally, after President Donald Trump announced the withdrawal of roughly 1,000 U.S. soldiers from the region on Oct. 6, Caggins wrote in a Wednesday tweet, The Wall Street Journal reported.

On Oct. 16, after all #Coalition personnel and essential tactical equipment departed, two Coalition F-15Es successfully conducted a pre-planned precision airstrike at the Lafarge Cement Factory to destroy an ammunition cache and reduce the facility’s military usefulness.

According to tweets by reporter Jenan Moussa on October 9, this was the military base where thousands of Kurds were reportedly fleeing to for protection after Turkey launched their attacks.

“I just spoke to my source in Kobani, NSyria, which is under fire by Turkish army. He told me something incredible: Acc to him, 1000s of Kurds from Kobani are right now fleeing to a US military base near Lafarge cement factory, to seek US soldiers’ protection,” Moussa tweeted.

She added in another tweet, “My source in Kobani said to me: “If Americans don’t come to protect us, then we will go to them for protection.” Personally I don’t know if there are still US soldiers present at that base near Lafarge factory. But clearly many Kurds hope to find protection there.”

2/ I couldn’t speak for too long to my source as he himself was also busy fleeing Kobani and heading to the U.S. military base.

As we spoke over phone, he was putting his wife & kids in his car. He said Kobani is on the move, comparable to 2014 when ISIS attacked city.@akhbar

4/ After many attempts I managed to speak again to my source from Kobani.

He &family are still in car on way to US army base for protection. But acc to him, road packed with vehicles. Everyone is going south, away from border with Turkey. They might sleep in car on side of road.

At $680 mil, the Lafarge Cement factor was Syria’s largest foreign investment outside the oil sector, representing more than a tenth of the country’s budget at the time. Its production capacity of 3 mil tons a year was vastly higher than any of Syria’s six gov-owned cement plants

On Wednesday, after U.S. forces left a military base they had established at a cement facility in Northern Syria, two F-15 fighter jets hit the base with an airstrike to obliterate an ammunition cache and to “reduce the facility’s military usefulness.” https://t.co/chsrgtAV2d

#SYRIA : #US destroyed its own ammunition depot near the Lafarge cement factory to reduce the suitability of the facility for military use, after the personnel left the base with necessary tactical equipment on October 16. Two F-15E fighters conducted Airstrikes on the depot.

US Bombs Its Own Base In Syria To Prevent NATO Ally Turkey From Using It https://t.co/NGZf2kFpVo 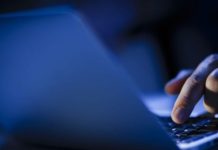