THEY COME TO AMERICA II is DML’s second film on the topic of illegal immigration in the United States.

The film focuses on the porous open border in South Texas, and highlights the potential threat of terrorists using America’s chaotic, overstretched immigration system to carry out attacks in the U.S. 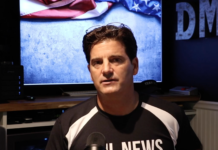