THEY COME TO AMERICA III is DML’s third film on the topic of illegal immigration in the United States.

The film focuses on how President Obama’s changes to U.S. immigration laws and policies drew a huge wave of illegal immigrants to make the journey to the U.S. from Central America.  The film also highlights the northern border with Canada and how it too is wide open. 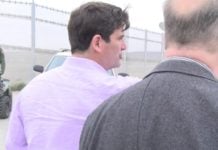