In a tweet, the president told GOP lawmakers to “go for the much higher numbers” in legislation designed to boost an economy and health-care system struggling under the weight of the pandemic. Many Republicans have embraced limited relief — or backed no new spending at all — as the major parties struggle to break a stalemate over a fifth relief bill.

Shortly after Trump tweeted, White House chief of staff Mark Meadows told CNBC’s “Squawk on the Street” he is “probably more optimistic about the potential for a deal in the last 72 hours than I have been in the last 72 days.” The comment from Meadows, one of the two leading Trump administration negotiators in stimulus talks, followed the Tuesday release of a roughly $1.5 trillion aid proposal by the bipartisan House Problem Solvers Caucus.

Democrats are “heartless”. They don’t want to give STIMULUS PAYMENTS to people who desperately need the money, and whose fault it was NOT that the plague came in from China. Go for the much higher numbers, Republicans, it all comes back to the USA anyway (one way or another!).

Trump signals he may back bigger coronavirus stimulus as Meadows says he’s optimistic about a deal https://t.co/VQZElHFCu3 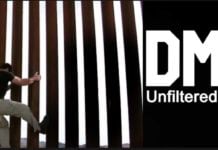