“America’s Got Talent” has a new champion.

Kodi Lee was crowned the Season 14 winner during Wednesday’s live, two-hour season finale following what Simon Cowell dubbed “the best final I have ever sat in on in my life” on Tuesday.

Lee, who is blind and has autism, has been the front-runner of the NBC talent show since earning a Golden Buzzer during the auditions round from Gabrielle Union. Lee not only pulled at the judges’ heartstrings, but America’s, winning the most viewer votes.

As the winner, Lee, 22, receives the $1 million prize and will be headlining shows from Nov. 7-10 in Las Vegas. A native of Lake Elsinore, California, Kodi was born with optic nerve hypoplasia and was diagnosed with autism when he was four years old.

Below is a video of Kodi’s original audition in May, when he received the coveted Golden Buzzer from Gabrielle Union.

Kodi blew the audience away in August with this performance of “Bridge Over Troubled Waters.”

In the semi-finals, Kodi performed “You Are The Reason.”

Wednesday evening, prior to him being announced as the winner, Kodi Lee and Leona Lewis gave a joint performance of “You Are The Reason.”

Below is the moment Kodi was announced the winner of America’s Got Talent Wednesday evening. His mother, Tina, accompanied him on stage throughout the competition. 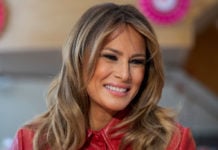