The FBI is reportedly hunting for several Saudi students from Navy Station Pensacola, after they vanished in the wake of Friday’s mass shooting at the base.

Fellow Saudi Mohammed Saeed al-Shamrani, 21, killed three and wounded 12 others in the attack before he was shot dead by police.

According to AP, investigators have now detained 10 Saudi military students from the base – a number revised up from six – but several others remain unaccounted for.

A chilling report from the New York Times says the shooter and three other Saudi military trainees “visited New York City recently, including several museums and Rockefeller Center, where the Christmas tree lighting was taking place,” according to “a person briefed on the investigation but not authorized to speak publicly.”

The Times reports that investigators are “seeking to determine whether the trip was a tourist excursion during the Thanksgiving holiday week in New York, or whether the Saudi trainees had other motives or met with other people there.”

DML News App Founder Dennis Michael Lynch said in a Facebook Live video Saturday morning (see below) that the shooting attack at the naval base in Pensacola, Florida is absolutely a terror attack.

“This is an act of terror by the Saudis, on U.S. soil!” Lynch said. “After what took place by the Saudis on 9/11, the fact that we’re still even dealing with these people is beyond me.”

Lynch also tweeted in response to posts by President Donald J. Trump about the incident, asking why America is training terrorists to fly planes.

“The Saudi people hate us, and they play politicians like a grand piano to suck us taxpayers dry while laughing along the way,” Lynch tweeted.

Lynch has been sounding that alarm about terrorist activity for years, pushing for real solutions and leading TeamDML to address many important issues. In his latest immigration film, “They Come to America IV,” he spoke to U.S. Border Patrol Agent Chris Harris (now retired) who shared chilling details of illegal immigration incidents and people hiding within large groups, including a story about a man from Saudi Arabia. See his account in the video below.

Please tell “the king” he can keep his condolences. They’re as useless as the last set of condolences he sent after 9/11. The Saudi people hate us, and they play politicians like a grand piano to suck us taxpayers dry while laughing along the way.

DML LIVE: We must stop training foreign military on US soil (Sat – Dec 7) 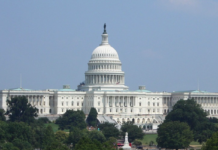