As the most reliable and balanced news aggregation service on the internet, DML News App offers the following information published by PATCH.COM:

NORTH FORK, NY — A crowd turned out Sunday, dressed in patriotic gear and waving “Trump 2020” signs and flags, for the second “MAGA-Gras” Trump caravan, which wended its way from East Northport to Riverhead before heading to Greenport.

The event was organized by Shawn Farash, 29, of West Babylon, who told Patch that, for three years, he has been fueled by a fervor to “get the base excited” about support for President Donald Trump.

A large contingent gathered in the parking lot of the old Walmart in Riverhead. Patriotic music including “Glory, Glory Hallelujah,” was playing and many were dressed in red, white and blue garb and wearing Trump masks as they waved flags and honked horns enthusiastically.

#MAGA CAR PARADE: Thousands of supporters of President @realDonaldTrump gathered on #LongIsland Sunday for a car parade. Attendees say they have the right to show their support to #Trump2020.

MAGA-Gras II Trump/Car parade, East Northport, NY to Riverhead, NY today. There has to be over 1,000 car and trucks. pic.twitter.com/4tFcPXDm9X

Happened upon a Trump Parade on North Fork of Long Island, NY It went on for MILES! (Can you find “Trump” on a truck?) ⁦@realDonaldTrump⁩ pic.twitter.com/SMEVM88m7B

To get more information about this article, please visit PATCH.COM. 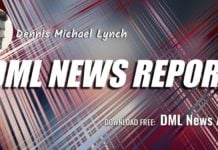