Written by DML
Agnes Gibboney was dealt a terrible, life-altering blow when her son Ron was killed by an illegal alien in California.  It happened nearly 20 years ago, and it came as a total shock to Gibboney as she was camping with her daughter at the time.

“I was on a weekend trip with Girl Scouts and I was told there was an emergency, my son was shot and I had to get home right away,” Gibboney told me during our filming of “They Come to America 4: The Cost of Politics.”   The film is available on DVD, click here to buy.

By the time Gibboney got to the hospital, Ron was dead.  Shot for no reason by an illegal alien from Mexico, Ron, the father of two, was in his twenties at the time of death.

Less than 20-years has passed, and the state of California planned to allow the murderer to go free.  Why he was sentenced to such a short stay is unbelievable enough, but to let him out and potentially hurt another innocent victim was too much for Gibboney to accept.

Over the past few months, Agnes Gibboney made it her own personal mission to ask for every bit of help she could get to keep her son’s killer from walking out of prison.  But working against her was the state, which often ignores the detainers put out by I.C.E.   In short, Gibboney feared that I.C.E. would not be given the chance to apprehend the killer when his sentence was up for deportation to Mexico.

Appearing on Fox News, and speaking with numerous media outlets like DML NEWS, and doing podcasts like the one she did with me which was available exclusively on TeamDML.com, Gibboney succeeded in getting the state of California to work with I.C.E.   The killer was deported to Mexico this week past.

TeamDML worked hard for Agnes, making phone calls and sending emails to the authorities in California.  I spoke to her this morning on the phone.  It was a little after 10:30am eastern when I sent her a text in California, “R U UP?”   She responded that she was because my text woke her.  That was her polite way of asking me to call her.

Turns out Agnes had been up most of the morning — she appeared on Fox & Friends Weekend.  She and I spoke for a few minutes about how sad it is that illegal alien killers are allowed out of prison without guaranteed deportation.  “What if I wasn’t an Angel Mom with great media contacts?  Would the killer be deported?  Probably not,” said Gibboney.  She has a point.

I told her to get some sleep.  She sounded tired.  I also told her that Ron was proud of her — how could he not be.   She then expressed how she felt his presence, and the presence of other victims of illegal alien crimes, as she walked through a garden not far from the court house where she held a press conference Thursday.  “Don’t think I am crazy DML, I am not losing my mind.  I know I feel them cheering me on,” she said.  I told her she is far from crazy, and that the presence is real.

As we hung up the phone she said, “I love you DML, and I thank everyone at TeamDML for their help and support.”  I replied, “We love you too.”

A few minutes later she felt the need to put it in writing, or so I guess.  Before putting her head back on the pillow, she sent me off a lovely text.  If you are TeamDML you should be proud of yourself as you read the text message below.  TeamDML is a force — we stand for good, and we are good at making things happen.  More people should join us instead of being spectators.  The more of us there are, the better things will be — or so I think.  Either way, Agnes Gibboney is a hero in my book and so are you TeamDML. I hope you share this on social media. 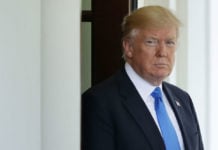