Microsoft co-founder Bill Gates, one of the wealthiest people in the world, announced on Twitter Monday afternoon that he and his wife, Melinda Gates, are divorcing.  Melinda Gates also posted the same statement on her Twitter account.

The joint statement from the couple reads:

“After a great deal of thought and a lot of work on our relationship, we have made the decision to end our marriage.

“Over the last 27 years, we have raised three incredible children and built a foundation that works all over the world to enable all people to lead healthy, productive lives. We continue to share a belief in that mission and will continue our work together at the foundation, but we no longer believe we can grow together as a couple in this next phase of our lives. We ask for space and privacy for our family as we begin to navigate this new life.”

Gates is currently ranked as the fourth richest person in the world. His Microsoft shares alone are reportedly worth over $26 billion. In total, he has assets worth an estimated $130 billion.

Bill Gates led Microsoft as CEO from its founding in 1975 until 2000, leaving Steve Ballmer to run the company, while Bill Gates became chairman and chief software architect. Last year Bill Gates stepped down from Microsoft’s board as the coronavirus became a force around the world. He began spending more time on the nonprofit Bill and Melinda Gates Foundation alongside Melinda Gates. The two are co-chairs and trustees of the foundation, which launched in 2000.

Bill and Melinda Gates both worked at Microsoft. She had been a marketing manager at the software company. The two met in 1987 and got married in Hawaii in 1994 after Bill Gates had weighed the pros and cons on a blackboard.

BREAKING: Bill Gates and Melinda Gates are splitting up after 27 yearshttps://t.co/wFdEqd7jEk 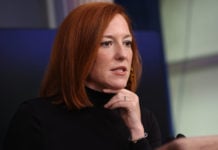