The 2016 Democratic presidential nominee denied interest in once again being on her party’s ticket after a weekend report from Matt Drudge said that Bloomberg would consider Clinton as a potential running mate.

“Oh no!” Clinton said of the vice presidential rumors, according to a tweet from Huffington Post contributor Yashar Ali. “I’m just waiting and watching as this plays out.”

Ali tweeted a definitive tweet, writing, “Hillary Clinton says she will NOT consider being Bloomberg’s VP.”

According to Ali, Clinton was asked:

“Should Bloomberg win the nomination, the democratic nomination, would you consider being his vice president?”

Clinton reportedly answered, “Clinton oh, no! I am just waiting and watching as this plays out.

“I will support whoever the nominee is because I think for all the reasons you can imagine, and here in Puerto Rico there are many, we need to have a new president for our country.

Hillary Clinton says she will NOT consider being Bloomberg’s VP pic.twitter.com/lrzfaEEuiA

The response comes after a shocking development Saturday morning. The Drudge Report posted an exclusive headline on their website claiming Bloomberg is considering Clinton as his running mate.

Sources close to Bloomberg campaign tell DRUDGE REPORT that candidate is considering Hillary Clinton as running mate, after their polling found the Bloomberg-Clinton combination would be formidable force… MORE

DRUDGE has learned that Bloomberg himself would go as far as to change his official residence from New York to homes he owns in Colorado or Florida, since the electoral college makes it hard for a POTUS and VPOTUS from the same state… Developing.. 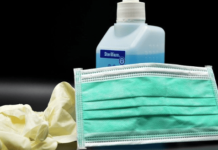