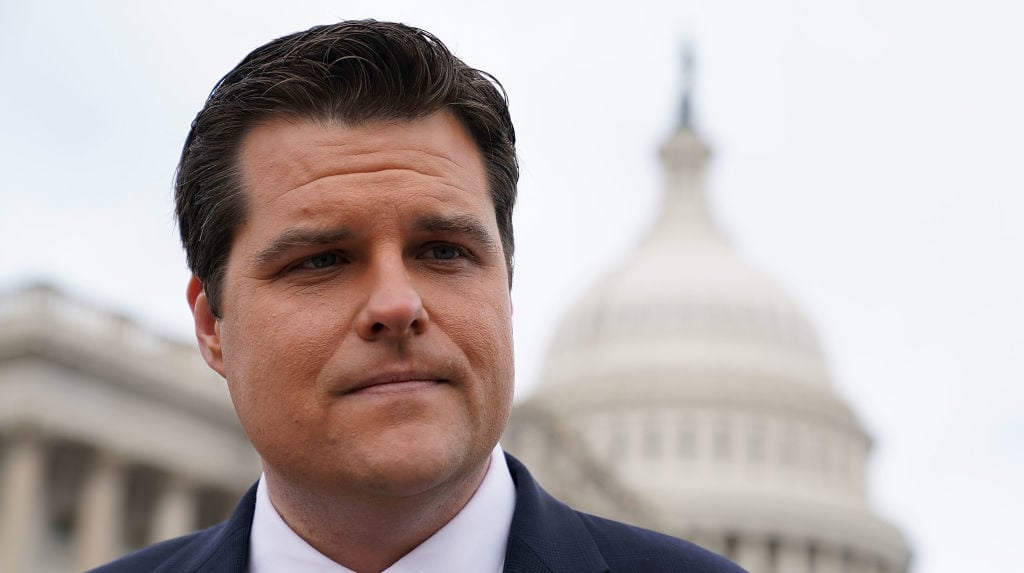 On Friday, the House Ethics Committee announced that they were opening an investigation into the allegations against GOP Rep. Matt Gaetz.

Gaetz is facing an array of allegations and House violations, including sexual misconduct and sharing inappropriate images in the Capitol, all stemming from a federal sex trafficking inquiry claiming that he had a sexual relationship with a 17-year-old.

The Florida representative has denied all allegations and has not been charged in connection with the probe. He insists that he is a victim of an extortion plot.

“The Committee is aware of public allegations that Representative Matt Gaetz may have engaged in sexual misconduct and/or illicit drug use, shared inappropriate images or videos on the House floor, misused state identification records, converted campaign funds to personal use, and/or accepted a bribe, improper gratuity, or impermissible gift, in violation of House Rules, laws, or other standards of conduct,” the statement said. “The Committee, pursuant to Committee Rule 18(a), has begun an investigation and will gather additional information regarding the allegations.”

NEW: The House Ethics Committee has announced it will launch an investigation into Matt Gaetz’s conduct.
FULL STATEMENT: pic.twitter.com/SWB5GaTjhX

After the committee conducts its investigation, it can recommend action to the full House, including a reprimand, censure or expulsion. The first two require a simple majority, but expulsion requires a two-thirds vote of the chamber.

NEW: The Ethics Committee is investigating Matt Gaetz for a range of potential crimes and rule violations.

He tangled with the committe in 2019 over a tweeted threat to @MichaelCohen212. He blew off the panel at the time.