Multiple people – including an officer – were injured Monday afternoon in a mass shooting at a high school in Knoxville, police said.

Local reports say the suspect has been found dead.

Multiple agencies are at the scene of the shooting in Austin-East Magnet High School, according to police.

The Knoxville Police department said a reunification site has been established for parents to meet up with their children.

Multiple agencies are on the scene of a shooting at Austin-East Magnet High School. Multiple gunshot victims reported, including a KPD officer. The investigation remains active at this time. Please avoid the area. pic.twitter.com/ViQirnQSpx

Superintendent Bob Thomas tweeted that school building has been secured and that all students who were not involved have been released to reunite with their families.

The school building has been secured and students who were not involved in the incident have been released to their families.

The identities or conditions of the victims have not been made public at this time, nor any information regarding the shooter.

Just In: Police say multiple people including an officer were shot at a high school in the east Tennessee city of Knoxville. https://t.co/SRJmBaDF8d pic.twitter.com/usz1nLfEVy

Tennessee Governor Bill Lee said during a scheduled briefing on education Monday afternoon that he is monitoring the situation closely, asking for prayers.

“I want to acknowledge a very difficult and tragic situation,” @GovBillLee began education briefing asking for prayers for victims of shooting at Austin-East Magnet High School in Knoxville. Multiple gunshot victims reported, including officer; no other details released. pic.twitter.com/FqHKvWOAS1

WATCH: Several people are hurt, including a police officer, after a shooting at a high school in Knoxville, Tennessee. @AMartinNews and the @6News team report. pic.twitter.com/NApAIag7Ew 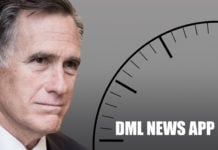 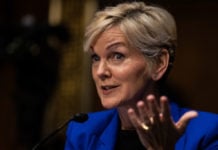