Senate parliamentarian Elizabeth MacDonough on Sunday dealt a significant blow to Democrats’ plan to provide 8 million green cards as part of a sweeping spending package, warning it doesn’t comply with tight rules that determine what can be in the bill.

MacDonough, in her guidance, called the Democratic plan “by any standard a broad, new immigration policy.””The policy changes of this proposal far outweigh the budgetary impact scored to it and it is not appropriate for inclusion in reconciliation,” she wrote in the ruling obtained by The Hill.

Democrats pitched MacDonough earlier this month on their plan to use the $3.5 trillion spending bill to provide 8 million green cards for four groups of immigrants: Dreamers, temporary protected status (TPS) holders, agricultural workers and essential workers. Getting legal permanent resident status allows an individual to eventually apply for citizenship, if they can meet other qualifications.

“The policy changes of this proposal far outweigh the budgetary impact scored to it and it is not appropriate for inclusion in reconciliation,” MacDonough, who is a former immigration lawyer, wrote in her ruling.

Since Democrats are using reconciliation to pass the massive spending bill without Republican support, there are stricter requirements, the report states.

One requirement is that provisions must impact the federal government’s spending or revenues, but cannot be “merely incidental” to non-budgetary intentions. MacDonough insisted that granting LPR status has “no federal fiscal equivalent.”

“Changing the law to clear the way to LPR status is tremendous and enduring policy change that dwarfs its budgetary impact,” MacDonough added in her ruling.

Democrats vowed to sway MacDonough if she initially ruled against them, butt leadership from the party has yet to weigh in on the ruling as of Sunday evening.

BREAKING: Democrats can’t use their $3.5 trillion package bolstering social and climate programs to give millions of immigrants a chance to become citizens, the Senate’s parliamentarian has ruled. https://t.co/BfYp4osFjf

According to Hugo Lowell, the congressional reporter for The Guardian, Kamala Harris, who is the Senate presiding officer, “can technically just dismiss the Senate Parliamentarian opinion on immigration in $3.5T infrastructure package and keep it included.”

Just a reminder that Vice President Harris — as Senate presiding officer — can technically just dismiss the Senate Parliamentarian opinion on immigration in $3.5T infrastructure package and keep it included

The Senate parliamentarian ruled against allowing Democrats to include a pathway to legal status for an estimated 8 million undocumented immigrants in their massive social spending plan https://t.co/2XBpRaprZL 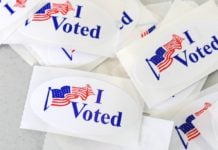 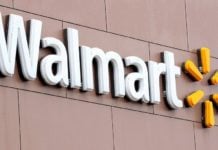