Washington (CNN) — The Biden administration is considering using outside firms to track extremist chatter by Americans online, an effort that would expand the government’s ability to gather intelligence but could draw criticism over surveillance of US citizens.

The Department of Homeland Security is limited in how it can monitor citizens online without justification and is banned from activities like assuming false identities to gain access to private messaging apps used by extremist groups such as the Proud Boys or Oath Keepers.

Instead, federal authorities can only browse through unprotected information on social media sites like Twitter and Facebook and other open online platforms. A source familiar with the effort said it is not about decrypting data but rather using outside entities who can legally access these private groups to gather large amounts of information that could help DHS identify key narratives as they emerge.

In their lengthy report, CNN wrote that the DHS has denied the claims. DHS said it “is not partnering with private firms to surveil suspected domestic terrorists online” and “it is blatantly false” to suggest that the department is using outside firms to circumvent its legal limits, CNN noted.

The report cites multiple “sources” who insist DHS is working to expand its ability to collect information from social media sites, but notes that “any effort by the intelligence community to wade into the murky area of domestic spying is fraught with political risks.”

If they can find willing external partners that would help provide access to private groups on these encrypted apps, DHS and its federal partners, including the FBI, would be able to legally identify potential domestic terrorists and access information that could inform investigative efforts, a source familiar with the effort told CNN.

Sen. Josh Hawley (R-Mo.) tweeted, “If you think #BigTech is scary now, wait until it starts teaming up with Big Government to spy on you.”

If you think #BigTech is scary now, wait until it starts teaming up with Big Government to spy on you https://t.co/im2qKm64Qy

The Biden admin is considering using outside firms to track extremist chatter by Americans online, an effort that would expand the govts ability to gather intel but could draw criticism over surveillance of citizens. @ZcohenCNN & @KatieBoWillCNN reporthttps://t.co/VI7wbYvLXJ 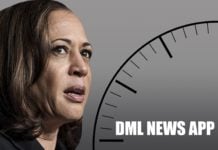