Bolton, who wrote a book called, “The Room Where It Happened: A White House Memoir,” is someone Democrats would like to see take the stand as a witness in President Donald J. Trump’s impeachment trial.

The New York Times reported that Bolton’s book details a time in August when Trump directly linked $391 million in security aid for Ukraine to an investigation by that country’s government into former Vice President Joe Biden and his son Hunter.
That information has intensified Democrats’ demands for Bolton to testify.

DML predicts what will happen if he does.

DML also blasts Lemon, who has been in hot water over his behavior as his guests made fun of Trump supporters. 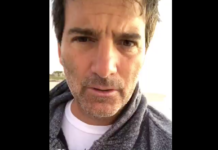