Today is September 26 and I am Dennis Michael Lynch. Below are my opinions on the stories grabbing headlines this morning. I hope you share this briefing as doing so will make you the smartest person in the room, in my opinion. And don’t forget to download the free DML App from the Google Play or Apple App Store to remain connected to me throughout the day.

1-Trump set to announce Barrett as Supreme Court pick, as Dems vow to fight
President Trump is expected to announce his pick to fill the Supreme Court seat vacated by the death of Justice Ruth Bader Ginsburg this afternoon, and both The New York Times and Fox News report that Amy Coney Barrett will be his nominee.

It comes as Republicans in the Senate have vowed that they will vote on Trump’s Supreme Court nominee before the presidential election while Democrats have sworn that they will fight against her confirmation tooth and nail.

Trump has said he will announce his pick to fill the seat at 5 p.m. Saturday.

DML: This is the single best thing Trump can do before the election.  At minimum, this is the safeguard we need long term to battle a corrupt, unhinged, radical left.  Check out the tweet from a far left nut:

Trump to nominate Batshit Crazy Right Wing GOP Hack Amy Coney Barrett to SCOTUS, reports say. As a #GOPHackJustice she is expected to viciously attack the rights of women and minorities. https://t.co/ogTRqHBoT0

Molina was detained in Texas and Matthews arrested in Tennessee. The FBI claims they intercepted communications which showed the men planning an attack in the name of the Islamic State, according to court documents obtained by KSAT.

Molina, who refers to himself as “Abdur Rahim,” faces a charge of conspiracy to provide material support to a designated foreign terrorist organization. He reportedly wrote in a series of posts on social media that America was his enemy and shared an extremely graphic photo collage of an American citizen being murdered by ISIS members.

Matthews, who was taken into custody in Tennessee, refers to himself as “Ali Jibreel,” and used an encrypted messaging application last year to find an ISIS facilitator outside the U.S. to help him travel to Syria and recruit additional members who support ISIS ideology.

DML: But… but… they just want social justice.  Ironic how the ISIS flag and Black Lives Matter flag use the same colors.   Terrorists stick together, I guess.

The new rule, proposed by the Department of Homeland Security, would allow those coming into the U.S. onto an F or J nonimmigrant visa to be limited to a stay of four years. Currently students are allowed to remain in the country as long as they can show that their period of study is ongoing.

Students from countries who have higher overstay rates would only qualify for a two-year visa, but would be able to apply for extensions.

Students from countries on the State Sponsors of Terrorism list, such as Iran, Syria, North Korea and Sudan, would be limited to a two-year visa.

DML: Good news, but it falls short.  Students from countries on the State Sponsors of Terrorism list, such as Iran, Syria, North Korea and Sudan, should be ELIMINATED FROM THE LIST!

3 – Too young to vote, thousands of high school students recruited to work polls on election day
Normally, the people working the polling sites during elections are made of up senior citizens, but this year, hundreds are opting out over concerns about the coronavirus, creating a drastic shortage of poll workers for the November election.

However, many cities across the nation now say they have more than enough poll workers, after receiving thousands of applications from young people – many from high school students too young to vote, who have been recruited to help.

Like thousands of other teenagers, Abhinand Keshamouni, a 17-year-old from Michigan, learned about a chance to work the polls from watching “The Daily Show.” Host Trevor Noah ends each episode with a pitch for Power the Polls, a national recruitment network working to ensure there are enough poll workers on Election Day. Keshamouni was encouraged to take the opportunity by his parents, Indian immigrants who will be voting in their first presidential election.

America is facing a nationwide poll worker shortage, but you can help by going to https://t.co/70gHiVRezt pic.twitter.com/KFafzrH4nC

DML: “Like thousands of other teenagers, Abhinand Keshamouni,”… I wish I could have seen your face when you read that part of the article.  Your facial expression was probably priceless.

The mix-up comes shortly after a Democratic push to expand absentee voting in a bid to reduce the spread of the coronavirus. As a result, absentee ballots no longer require an excuse, and any registered voter is allowed to request one.

Fairfax County Registrar Gary Scott reportedly said it was a mistake, due to “confusion on label printing machines that jammed, erroneously causing some to be duplicated when entire pages were reprinted due to damage to just some of the labels.” Scott said if a voter received two ballots, they should destroy one, and said only one ballot would be counted per voter.

Virginia has another problem – some people opened their vote-by-mail package, and there was no ballot included.

DML: The Left is not covering it up, my opinion is they are trying to steal this election.

She added that protests were “necessary” as “the people’s voices must be heard, and it is often the people who must speak to get their government to do what it is supposed to do, but may not do naturally unless the people speak loudly — and obviously peacefully.”

Harris also praised the “brilliance” and “impact” of “Black Lives Matter,” which has received media praise but also come under fire for promoting left-wing stances like opposing the nuclear family. “I actually believe that ‘Black Lives Matter’ has been the most significant agent for change within the criminal justice system.”

MY PARTING WORDS: The Left is going everything they can to destroy the beauty of the US.  And if it was not for small news outlets, we would be in the dark — real news is no longer available unless you are following someone like myself.  Please be sure you have the latest version of the free DML News App downloaded to your phone.  Go to the Apple App Store or the Google Play store and download the DML News App.  This gives you access to real news, all of my full DML LIVE shows on audio podcasts, video clips from my DML LIVE program, special deals on items like DML CBD, and links to our membership website TeamDML.com.  Download it now!
ALSO, DEAL OF THE DAY: My buy one, get one free deal on DMLcbd.com ends in a few days of when inventory runs dry.  And I can tell you, inventory is running dry.  We will be removing the ten-bulk of our DML CBD GUMMY CHEWS later today because inventory is running low.  Get in there now!  DMLcbd.com 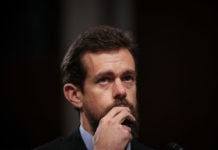