Today is July 14. Below are some of the stories grabbing headlines this morning. I hope you share this briefing as doing so will make you the smartest person in the room. And don’t forget to download the free DML App from the Google Play or Apple App Store to remain connected to me throughout the day.

1.Illegal migrant, 27, appears in court charged with raping Ohio girl, 10
The suspect charged with raping and impregnating a 10-year-old girl in Ohio has appeared in court, after the case made global waves when the victim had to cross state lines to obtain an abortion due to the Supreme Court’s recent ruling.

Gerson Fuentes, 27, was arraigned on Wednesday in Columbus, where he faces a charge of felony first degree rape of a child under 13. Bail was set at $2 million.

Fuentes, whom federal sources said is present in the country illegally, confessed to raping the girl at least twice, a police investigator testified at the arraignment.

The detective also testified that the victim in the case was forced to travel to Indiana to get an abortion following the Dobbs ruling. DML: By leaving the borders open, in my opinion Biden is just as guilty as the piece of shit illegal alien shown above.  The illegal alien prick should have his balls cut off, and Biden should be impeached and removed for allowing our country’s borders to be a voter registration desk for Democrats.  What kind of monster rapes a ten year old!  This is the culture being imported by the tens of thousands every day at the Mexico / US border. I say we close the borders forever, stop all immigration both legal and illegal into the US from third world nations, save our citizens from being killed, raped, drugged, and stolen from.  Then deport every illegal alien home.   If I was president, this shit would end in a day.  With the exception of President Eisenhower, every president, including DACA loving Trump, sucked when it comes to securing the border because they care about votes and labor more than your safety.  Not me.  I’d round up every single one of these law breaking foreigners, regardless of where they come from, and send them home.

The Vera Institute of Justice, a New York-based group that supports defunding police and views immigration enforcement agencies as a “threat” to civil liberties, was awarded a Health and Human Services-funded contract in March to provide legal assistance to unaccompanied minors, according to a federal database.

The arrangement lasts until March 2023 but can reach as high as $983 million if renewed until March 2027, the agreement shows. This appears to be the largest federal contract Vera has secured for immigration-related services for any single year dating back to the mid-2000s.

DML: F*cking outrage, you should be so pissed off. This is criminal!  We’re all here working our asses off and paying taxes amid massive inflation and for what?  To fund illegal aliens.  Bullshit.  This is what your liberal friends and relatives gave us with their votes for Democrats like Biden.  This will be a major topic today on my podcast.

Approaching the final months of his second term, Hogan is encouraging GOP voters to rally behind gubernatorial candidate Kelly Schulz, who served as labor secretary and commerce secretary in his administration. Trump, however, is backing Dan Cox, a state legislator who has said President Joe Biden’s victory shouldn’t have been certified, called former Vice President Mike Pence a “traitor” and sought to impeach Hogan for his pandemic policies.

The dynamics have turned next week’s GOP primary for governor into a proxy battle between Trump and Hogan, who are offering vastly different visions of the party’s future as they eye presidential runs in 2024. Hogan, who is prevented from seeking reelection because of term limits, is one of Trump’s most prominent GOP critics and has urged the party to move on from his divisive brand of politics. Trump, meanwhile, has spent much of his post-presidency lifting candidates who embrace his election lies. DML: Hogan has a better chance of winning a beauty contest then he does the GOP nomination.   He is a Democrat in my opinion, and he’s about as disgusting to look at as a garbage dumpster.  He is unelectable on a national stage, only the nut bags in the blue state of Maryland would vote such a loser into office.

3.Fresh COVID wave sweeps Asia; New Zealand warns of pressure on hospitals
(Reuters) – A new wave of coronavirus infections is rapidly spreading through Asia, prompting warnings for residents from New Zealand to Japan to take precautions to slow the outbreak and help prevent healthcare systems from being overwhelmed.

The renewed surge in cases, mostly of the BA.4/5 Omicron variants, provides a further challenge for authorities grappling with the economic fallout of earlier waves of the pandemic while trying to avoid extending or reintroducing unpopular restrictions.

DML: Right in time for the midterms.  I told you this would happen, it is more predictable than the sun rising in the east.  Folks, we have it raging here as well, and it will only get worse. BOOST YOUR IMMUNE SYSTEM NOW!!!

Futures added to their losses after JPMorgan Chase reported quarterly earnings that missed analyst expectations. The stock fell more than 4% in premarket trading.

DML: If you listen to my podcast every day then none of this is shocking to you and you’ve protected yourself from this crash like I have. If you don’t listen, and instead listen to someone else who just pounds away on talking points for sake of sensationalism, then you’re liking stuck in the ugly wash cycle. Yes, I am the smartest person in the room until Elon Musk walks in. But we’ve yet to meet, so you should tune in every day.

5.Biden in the Middle East
NY TIMES – President Biden called on Thursday for a “lasting negotiated peace between the State of Israel and the Palestinian people” and reiterated his calls for a two-state solution to the conflict.

Israel “must remain a democratic Jewish state,” Mr. Biden said at a news conference in Jerusalem after meeting with the country’s prime minister, Yair Lapid, during a four-day visit to the Middle East. “The best way to achieve that remains a two-state solution.”

Before the president’s arrival on Wednesday, the Israeli government had made several small gestures to the Palestinians, including granting some new work permits for Gazans. But while Mr. Biden will visit President Mahmoud Abbas of the Palestinian Authority in Bethlehem on Friday, restoring communications that were cut off during the Trump presidency, there are few expectations that the visit will bring progress in resolving the dispute.

DML: Unless Biden and his boy Hunter are making money under the table, there is nothing he will accomplish with this trip because nobody fears, respects, or listens to the old man.

MY PARTING WORDS:  One. You need to boost your immune system NOW. Two. Inflation is off the rails, set to get worse.  Three.  It will cost you more in the future to get DML CBD because I can only help with pricing discounts for so long.  You would be absolutely insane to miss out on what we offer here today.  You can get 60% OFF our DML CBD MINTS by using coupon code JULY at checkout.  You can boost your immune system for just $10 per bottle when buying a ten pack.  That is a total savings of 80% when considering we sell one bottle for $37.  Simply go to DMLcbd.com/mint.  Click BUY NOW.  Decide if you want one bottle, three bottles, or ten bottles.  I suggest you buy ten because it’s lowest price available. Then at checkout there is a blue link that asks you to enter the coupon code.  Click it. Write in JULY.  Your discount is applied and you are on your way to boosting your immune system at a time when it can be a life saver.  This offer lasts until July 31, or until product runs out.  Right now, it looks like product will run out by Sunday of this week.  So get to DMLcbd.com/mint today. 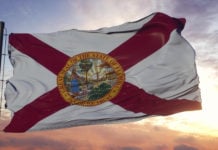