Today is January 13. Below are some of the stories grabbing headlines this morning. I hope you share this briefing as doing so will make you the smartest person in the room. And don’t forget to download the free DML App from the Google Play or Apple App Store to remain connected to me throughout the day.

1 – House to vote on consolidated election bill Thursday, Pelosi says
The Hill reports: The House plans to take up and advance a consolidated election and voting rights bill on Thursday in order to allow the Senate to give it “urgent consideration,” Speaker Nancy Pelosi (D-Calif.) announced Wednesday evening.

“Under the steady leadership of Chairman Jim McGovern, the House Rules Committee will meet tonight to prepare legislation for the Floor that combines key provisions of two crucial bills: the Senate’s Freedom to Vote Act and the House’s John R. Lewis Voting Rights Advancement Act,” Pelosi wrote in a “Dear Colleague” letter on Wednesday.

“After the meeting concludes, the House will convene tonight to pass the Rule for this legislation. Tomorrow, the House will pass the Freedom to Vote: John R. Lewis Act and send it to the Senate for consideration,” she added.

“President Biden made it crystal clear that the Senate must find a path forward to enshrine critical voting rights legislation into law. Tonight, to defend our democracy, House Democrats will take a step to send the Freedom to Vote: John R. Lewis Act to the Senate for urgent consideration,” Pelosi said.

.@SpeakerPelosi is speaking late on the House floor warning that nothing less than our democracy is at stake in the fight for voting rights.

“The sanctity of the vote. The integrity of our elections. That is what is at stake.” #FightForVotingRights pic.twitter.com/S6RFtrAqcC

DML: Why do I feel America is just teetering on the edge of a cliff?

2 – Harris says she won’t ‘absolve’ senators over voting rights push
The Hill reports: Vice President Harris said in an interview that she would not “absolve” 50 Republican senators opposing Democrats’ voting rights and election legislation of their responsibility to hold “free and fair elections and access to the ballot.”

“I will not absolve the 50 Republicans in the United States Senate from responsibility for upholding one of the most basic and important tenets of our democracy, which is free and fair elections and access to the ballot for all eligible voters,” Harris said in an interview with NBC’s Craig Melvin, part of which aired Wednesday evening on “NBC Nightly News.”

Melvin asked Harris about Sens. Kyrsten Sinema (D-Ariz.) and Joe Manchin (D-W.Va.), who have both expressed opposition to getting rid of the 60-vote Senate filibuster — a legislative rule currently blocking Democrats from being able to pass voting rights legislation amid Republican opposition.

“I don’t think anyone should be absolved from the responsibility of preserving and protecting our democracy,” Harris answered. “Especially when they took an oath to protect and defend our Constitution.”

Following Biden’s factless and angry speech, Kamala Harris divisively suggests that lawmakers who don’t support Biden’s agenda or his push to eliminate the filibuster violate their “oath to protect & defend our Constitution” pic.twitter.com/14Y4i1y4FW

DML: Harris, here’s the deal… Republicans are standing AGAINST this Dem power grab because they DID take an oath to protect and defend the Constitution!

3 – Joy Reid mocks Ron DeSantis for touting freedom in Florida, calls the state ‘authoritarian’
Fox News reports: MSNBC’s Joy Reid, host of “The Reidout,” railed against Republican Florida Gov. Ron DeSantis Wednesday over his speech in which he celebrated freedom in the red state amid Democrats continuing to push for further crackdowns to quell the spread of COVID-19.

In his “State of the State” speech Tuesday, DeSantis commented how Florida is becoming a refuge for those looking to escape “authoritarian, arbitrary and seemingly never-ending mandates and restrictions.” He went on to call out the policies he deemed “destructive” and based on “blind adherence” to “Faucian declarations.”

Reid accused DeSantis of conducting a natural immunity experiment in his state and for having a reckless disregard for Floridians’ health.

“DeSantis sure loves a talk about freedom, especially the kind that risks the health of people in his own state who have essentially been part of a giant natural herd immunity experiment for the past two years, whether they want to be or not,” Reid said.

She went so far as to claim that it was as if “more COVID [cases] was always the goal” for DeSantis. “[A] new report states that 80 percent of Floridians will likely contract omicron at this rate. Which of course, means more customers for Ron’s top donors’ miracle cure, yay!”

Reid also went into a rage against DeSantis on Monday:

In this edition of “The Absolute Worst,” @JoyAnnReid brings you another dispatch from the so-called “Free State of #Florida,” as Ron DeSantis is at it again. #TheReidOut #reiders pic.twitter.com/3ls5BdmRpe

DML: Joy Reid, you just STAY OUT of Florida!

In a release Wednesday, the Army said the punishments were for refusing the lawful order by Defense Secretary Lloyd Austin to receive a COVID-19 vaccine. The Army has not yet initiated separations for soldiers refusing the vaccine but expects further guidance later this month.

5 – Teenager who committed infamous Loudoun high school sexual assaults sentenced
The Washington Examiner reports: The male high school student at the center of the high-profile sexual assault cases at two Virginia high schools was sentenced Wednesday to a “locked residential program” and must register as a sex offender.

The student’s assaults gained national media attention after it was revealed the Loudoun County school board allowed the student to attend a different school after having committed the first assault — only to commit a second assault at the new school, prompting accusations of a cover-up.

WJLA reported Wednesday that the judge in the case, referring to the teenager’s psychological reports, said, “You scare me. What I read in those reports scared me and should scare families and scare society.”

A “locked residential program” is a type of program offered by a residential psychiatric facility in which patients are under constant supervision.

Scott Smith, the father of one victim, told the court “We were accused of lying about this sexual assault for political gain. That didn’t go over well with half of Loudoun County,” as liberals demonized him as an ignorant bigot for being angry at a school board meeting.

The second victim, assaulted in a classroom, told the court in a statement that when a new kid transferred to her school and showed up wearing an ankle monitor, she was kind to him. But she did not know he was out on bail for rape. And he took advantage of her kindness.

Yet the parents of Loudoun were deemed domestic terrorists for caring about their children’s safety. We need to continue to #raisethebar in @LCPSOfficial. https://t.co/YwaRUENSQ1

Loudoun County Public Schools refuses to release its independent report on how the District handled its investigation into 2 sex assaults at high schools. @7NewsDC is challenging that decision with the District. Stay tuned… #Loudoun @LCPSOfficial pic.twitter.com/szwHWNlDPE

The judge, who read the teen’s psychology exam, said “You scare me. What I read in those reports scared me and should scare families and scare society.”https://t.co/qi6TIOqXLC

DML: Who else feels like he’s getting off with a slap on the wrist?

DML’s PARTING WORDS: There has never been a more important time to boost your immune system!

Our DML CBD Buy-One-Get-One-Free (BOGO) clearance sale is still ongoing, but our supply of CBD Softgels is running low! Be smart – stock up NOW at DMLcbd.com/buy.  Whatever you buy I will double your order for free… Plus, I give you a 25% discount coupon for your next order.  This is the first and only DML CBD bogo I will be running this year.  Load up NOW!  Do not miss the opportunity.  We have already ran out of some products, and the low inventory on others will only get worse as the BOGO continues.  This offer ends when all the products are sold out.   Get what you need now at DMLcbd.com/buy. 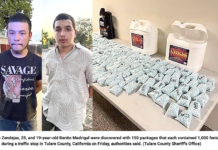 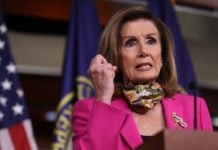