Written by DML
Today is May 8, I am DML, and the stories below are catching headlines on this spring morning.

Council members unanimously passed a resolution that specifically addresses anti-Chinese COVID-19 references, including terms such as “Chinese virus” or “kung fu virus,” claiming such language encourages hate crimes and other incidents against Asian-Americans and Asian immigrants.

“Unfortunately, during times of crisis we do see the best of humanity and sometimes we also see the worst,” said Mayor Ron Nirenberg, who initiated the resolution, according to San Antonio’s WOAI-TV. “There has been a rise of hate speech throughout the course of this pandemic.”

2- Cop body slams woman for not wearing face mask in store
An off-duty Alabama police officer was captured on video appearing to body-slam a shopper at a Walmart store this week after she allegedly refused to wear a face mask and became disorderly, authorities said.

Video of the incident has been shared on social media. It shows the Birmingham officer handcuffing the woman then flipping her to the floor.

“We are aware of a video circulating on social media and local news outlets depicting a recent interaction between an off-duty BPD officer and an individual at the Roebuck Walmart,” a Birmingham Police Department statement said. “The incident is under investigation.”  Watch video:

DML – Two things come to mind. (1) If two doctors in California can’t express concern over the dangers of wearing a face mask without being deleted from YouTube, I wonder how a video of a cop beating the crap out of a woman is OK?  (2) I don’t care if he has a gun, if that woman in the video was any one of my daughters, sons, or wife, I would end that cop’s ability to breathe on the spot.

The warnings from the California Department of Alcoholic Beverage Control (ABC) came a week after two sparsely populated Northern California counties said some businesses could open in violation of the order with social distancing guidelines, The Los Angeles Times reported. ABC agents visited restaurants in Yuba and Sutter counties north of Sacramento on Tuesday, requesting they voluntarily close their dining rooms, an ABC spokesperson told The Times.

DML – People need to push back, every restaurant should open and defy the license requirements.  We cannot allow the government, local, state of federal to control us.  This needs to be a bull rush!  People need to rise up.

Obama’s unexpectedly intimate knowledge of the details of Flynn’s calls, which the FBI acknowledged at the time were not criminal or even improper, raised eyebrows because of his own history with Flynn — and because top FBI officials secretly discussed whether their goal was to “get [Flynn] fired” when they interviewed him in the White House on January 24, 2017.

Obama personally had warned the Trump administration against hiring Flynn, and made clear he was “not a fan,” according to multiple officials. Obama had fired Flynn as head of the Defense Intelligence Agency in 2014; Obama cited insubordination, while Flynn asserted he was pushed out for his aggressive stance on combating lslamic extremism.

DML – Obama is scum. On a side note, as a work assignment I tried to watch the Netflix documentary about his wife’s tour.  I came away with two feelings.  (1) What a boring documentary about Michelle Obama! It was so boring I had to turn it off half way through.  I failed my assignment.  (2) Michelle fills stadiums like Trump does at his rallies. If she ever runs for office, she is unstoppable.  Unless she runs against me 🙂

5- Trump to be tested daily for virus
President Trump said on Thursday that he and Vice President Mike Pence, as well as members of the White House staff, would be tested every day after a military aide who has had contact with the president was found to have contracted the coronavirus.

Asked by reporters about the aide, whom a senior administration official described as a personal valet to the president, Mr. Trump played down the matter. “I’ve had very little contact, personal contact, with this gentleman,” he said. But he added that he and other officials and staff members at the White House would be tested more frequently.

DML – God bless the president.  With that in mind, the smartest people in the USA are the people who have jumped onto my DML CBD offers.  It is no new news that a strong immune system is the NUMBER ONE defense you have against COVID19.  There is no cure, there is no treatment for the virus, and so smart people listen to what smart doctors say… “build the immune system.”  My CBD products help build the immune system, improve sleep, diminish pain, curb anxiety, and help people in so many ways I cannot describe them all. I am not making this stuff up, I am giving you my own experience plus what I read in the testimonials sent in.  I have done all I can to help my readers, members and viewers to find the DML CBD deal that is best for them, and over the past two months I lowered my prices drastically with often placing “free” deals along each product.  I did this to do my part, and to help my fellow Americans.  But I cannot keep up with these prices.  So all the discounts and big savings ENDS today at midnight, eastern time zone.   All prices will return to normal.   So please, go to DMLcbd.com and get the deal that is best for you NOW, so this way you can save money and build your immune system.  Our testimonials are impossible to ignore.   Read a few below.  And then see the links to the specials which people love the most.

LINKS:
DML CBD POWER.  Get one free bottle when purchasing 3 bottles of the 3000mg tincture that I use every day.  Starting tomorrow, there will be no free bottle, and the price of the bottles will be priced 85% higher than they are today. DMLCBD.com/power

DML CBD GUMMY CHEWS: Get 3 free containers when buying 3.  So you get 6 for the price of 3.  This is an insanely good deal that saves you $250.  Starting tomorrow, there will be NO MORE FREE containers.  DMLcbd.com/gum3

DML CBD MINTS: For people on a tight budget, get your DML CBD MINTS before the prices go up.  DMLcbd.com/mint

DML MIRACLE ME CBD:  We cannot keep this product on the shelves.  Since launching the pain relief body oil product in November 2019, the demand has been near impossible to keep up with.  Thus, the 8oz bottle, and the 16oz bottle, and the Mini bottles are all increasing by 15% minimum come Saturday.  Your last chance to get our special pricing on MIRACLE ME CBD is today.  For the 8oz or 16oz, click DMLcbd.com/miracle   and for the MINI, click DMLcbd.com/mini 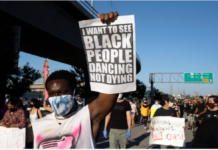