As the most reliable and balanced news aggregation service on the internet, DML News App offers the following information published by FREEP.COM:

Energy Secretary Jennifer Granholm — a former Michigan governor — is being questioned about whether she stands to make a financial windfall from stocks she owns in an electric bus company that President Joe Biden has singled out for notice.

This week, U.S. Rep. Ralph Norman, R-S.C., who is a member of the House Oversight Committee, asked Granholm to explain why she hasn’t divested what are potentially millions of dollars worth of shares of Proterra and whether Biden’s virtual tour of the electric bus maker last month could be a financial boon to her.

“You have spent much of your time as secretary of DOE (the Department of Energy) actively pushing a public relations campaign to endorse electric vehicles, batteries and charging infrastructure,” Norman wrote. “I want to ensure that you are taking your ethics requirements seriously, and not using your position to profit financially.”

CLICK HERE to read Rep. Norman’s full letter, demanding answers from Granholm on her relationship to Proterra, and slamming the situation as a potential conflict of interest.

The Detroit Free Press report noted that Granholm resigned from her position on the board of Proterra when she was confirmed as the Energy Secretary.  According to an ethics agreement, she was also supposed to divest herself of shares in the company within 180 days from her confirmation date.

Granholm’s office said she still intends to keep to the agreement, but she has not done so yet.

At a White House press briefing on Tuesday, while speaking about the hack that took down the Colonial pipeline for several days and cause gas shortages in multiple states, Granholm quipped, “if you drive an electric car, this would not be affecting you.”

She then indicated that there would be no cyber attacks with an electric transmission grid.

RNC Research called out the conflict last month, sharing a video as Biden announced that he was putting Granholm in charge of  “speeding the development of critical technologies to tackle the climate crisis.”

Days after promoting Proterra, a business Energy Secretary Granholm has millions invested in, Biden says Granholm is in charge of his administration’s climate-related technology investmenthttps://t.co/OQ6bfen30R pic.twitter.com/bgQ7W0RxyY

Rep. Norman shared a link to an article by the Free Beacon, who first reported on his letter to Granholm, and vowed, “We choose to be public servants to better our nation—not line our pockets. I won’t rest until we know the full extent of the relationship between @SecGranholm and Proterra.”

We choose to be public servants to better our nation—not line our pockets.

I won’t rest until we know the full extent of the relationship between @SecGranholm and Proterra. https://t.co/MuAXLlBUiI

Direct quote from this @FreeBeacon piece: “Biden’s energy secretary, Jennifer Granholm, also stands to profit from the legislation—she owns up to $5 million in Proterra, an electric bus manufacturer that Biden virtually toured on Tuesday.” https://t.co/9yFjHESovt

“Granholm’s relationship with green energy company Proterra is being investigated by the House Oversight Committee due to a potential conflict of interest…The Department of Energy said this week that Granholm still holds her investment in Proterra.”
https://t.co/L0iLxnGWUG

To get more information about this article, please visit FREEP.COM. 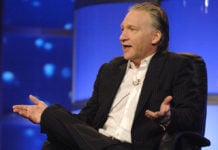