Recently, I’ve become addicted to the Weather Channel. The reason is simple. Every word that the meteorologists utter, I understand – “It’s 85 degrees in Miami today,” “A cold front is blowing across the Northern Plains” or “New England residents are digging out.” The national news, however, whether broadcast or in print, defies comprehension. Inexplicably, the leading Democratic candidates push for decriminalizing illegal border crossing and abolishing ICE. No subject that the establishment spins is more baffling than immigration, the topic pollsters found is Americans’ top concern.

To truly fathom what’s going on in the Washington, D.C., immigration swamp, citizens have to seek out the truth for themselves, read the legislative fine print, and then read the footnotes in the fine print – dreary business. Case in point: unbeknownst to 99.9 percent of Americans, a full-blown amnesty for Liberians is on the table, and will soon come up for a Senate vote. Only citizens who took the time to read the massive National Defense Authorization Act for 2020 (NDAA) would be aware of the proposed amnesty. In keeping with its stealth mode on bad immigration bills, the last thing the Senate would do is publicize a Liberian or any other amnesty, because senators know voters would strongly disagree.

Nevertheless, if the Senate approves the NDAA, and President Trump signs the bill, the Department of Homeland Security will grant permanent legal status to 4,000 Liberians who have been legally present since at least November 20, 2014. Under some conditions, criminals will qualify. And eventually, assuming they apply for permanent residency within one year of NDAA becoming law, the spouses, children, and unmarried sons and daughters of the qualifying Liberian nationals will be amnestied too. Most will petition their extended families to join them in the United States – population-busting chain migration – so the original 4,000 will morph into a much greater number.

The first question that comes to inquisitive minds is how did the Liberians get to the U.S. in the first place? The answer dates back to 1991 when President George H. W. Bush granted temporary permanent status (TPS) to Liberians. At the time, Bush stated that the First Liberian Civil War made conditions too dangerous for its nationals to return home. What subsequently followed is a maze of immigration procedures that nearly defy comprehension.

Since 1991 and with Presidents Bush 41, Bill Clinton, George W. Bush, Barack Obama and Donald Trump’s approval, Liberians have benefited from, variously, multiple rounds of deferred enforced departure (DED) that extended for periods between 12 and 18 months, and two TPS renewals. DED, simply defined, means Liberians won’t be going home even though the political climate has stabilized and the World Health Organization declared that the Ebola crisis ended five years ago. Leave it to Congress to define “temporary” as TPS for Liberians that began nearly two decades ago.

The second question that right-minded Americans might ask is what is an amnesty amendment doing in a national defense bill? Sticking amnesty in must-pass legislation like the NDAA is a so far unsuccessful but favorite trick of pro-immigration legislators. In 2014, California GOP U.S. Rep. Jeff Dedham filed an amendment to the fiscal 2015 defense spending bill that would have given Green Cards to illegal immigrants who serve in the military. Republicans blocked Dedham’s measure.

Pew Research estimates that about 320,000 foreign nationals are present under TPS guidelines. In addition to Liberians, there are Hondurans, Salvadorans, Haitians and others. They have been issued employment authorization documents and have access to other affirmative benefits. Their continued presence reinforces the widely held, and correct, worldwide opinion that once an alien reaches the U.S., odds are overwhelmingly in his favor that he’ll remain permanently.

Even though excessive migration adversely affects every facet of U.S. life – unsustainable population growth, depressed wages, crowded schools, strained health care services – at no time ever has an American cast a vote in a federal election to determine what kind of a country we aspire to be. Instead, members of Congress travel their own expansionist path, consistently rejecting voters’ pleas for sensible immigration. 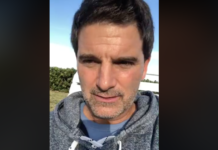