A rainbow appeared in the sky right where the body of Gabby Petito was believed to be found in Grand Teton National Park on Sunday, located in Wyoming.

Strikingly, the rainbow was also photographed near the same time 2,300 miles away over the Laundrie family home in North Port, Florida.

Photos captured the spectrum of light beaming right above the area where authorities found the remains that were confirmed to match the description of the missing 22-year-old.

“Do you believe in signs? A rainbow appeared a short while ago over the area where Gabby Petito was found,” CNBC correspondent Valerie Castro tweeted.

Do you believe in signs? A rainbow appeared a short while ago over the area where Gabby Petito was found. #FindGabby @thenewsoncnbc pic.twitter.com/erB3pfGBTE

So heartbreaking 💔 just saw the rainbow as well heading back to Colter Bay. May you Rest In Peace Gabby ❤️ pic.twitter.com/QbCw1nq7qm

Ironically, another photo captured the rainbow arching over the Laundrie family home, where Petito’s fiancee, Brian Laundrie, was last seen before fleeing into hiding after refusing to cooperate with police on the investigation into her whereabouts. A manhunt for Laundrie is currently underway.

The photo was shared by Adria Iraheta, a reporter for Spectrum Bay News 9 as the FBI was prepping to hold a press conference on the discovery of the human remains near the Grand Teton search area.

A rainbow over the Laundrie house. Meanwhile we’re waiting to tune in to the presser near the Grand Teton search area #FindGabby #GabbyPetito pic.twitter.com/WnNBbCrFTC

The coroner’s van was filmed departing the Wyoming search area, carrying the human remains that are believed to be Gabby Petito. 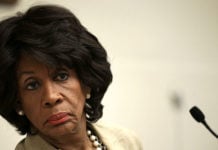