With March being Women’s History Month and women only holding 23.7% of the seats in Congress despite making up 51% of the U.S. population, the personal-finance website WalletHub today released its report on 2020’s Best & Worst States for Women as well as accompanying videos.

To identify the most women-friendly states, WalletHub compared the 50 states and the District of Columbia across 24 key metrics. The data set ranges from median earnings for female workers to women’s preventive health care to female homicide rate.

CLICK HERE to view the full report and your state or the District’s rank. 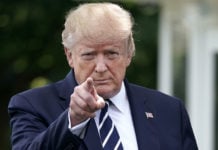