Tens of thousands of people joined protests in Russia’s Far East last weekend in an almost unheard of display of opposition to President Vladimir Putin triggered by the arrest of a popular governor.

The protests in the city of Khabarovsk on the border with China were as large or bigger than almost any protests seen in Moscow in recent years, where opposition to Putin is normally concentrated.

The demonstrations demanding the release of the governor, who was arrested on murder charges, continued on Monday, though they were much smaller, with local media reporting that protesters numbered in the hundreds.

ABC notes that large demonstrations in Russia’s regions are rare and that they may indicate “a shift in public attitudes.”

At least six busloads of riot police stood guard near the small protest on Moscow’s Pushkin Square this evening. They’ve now begun detaining protesters who are marching through the streets chanting “Russia without Putin!” pic.twitter.com/P51Qo3kWdK

Protests in Khabarovsk region, Far East of Russia in support of governor Sergey Furgal who was arrested earlier this week on suspicion of ordering multiple murders. Thousands of people are out on the streets of Khabarovsk, Komsomolsk on Amur, Bikin and Amursk pic.twitter.com/MkhXLED66M

Tens of thousands of people joined protests in Russia’s Far East last weekend in an almost unheard of display of opposition to Pres. Vladimir Putin triggered by the arrest of a popular governor. https://t.co/3tSjVrmAuj 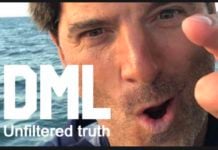