At least four people are dead and multiple others critically injured after a tour bus with a driver and 30 passengers aboard crashed outside Bryce Canyon National Park in Utah.

Multiple air ambulances, rescue crews and other emergency responders were headed to the crash on State Route 12, the main highway to the entrance of the park, which is located in central Utah.

The highway was closed and officials asked motorists to avoid the area if possible to make room for emergency vehicles, according to the Utah Highway Patrol’s Twitter account.

At least four fatalities are confirmed in the #SR12BusCrash. Multiple critical injuries. UHP PIO is enroute from Salt Lake and will be on scene as soon as possible.

Here is a photo of the scene. We will continue to post the most current information here as it becomes available. #SR12BusCrash pic.twitter.com/TNm1l4uwtp

The injured have been taken to area hospitals throughout Southern Utah. Several were transported by air ambulance.

#SR12BusCrash here are a couple pics of the scene from our drone. pic.twitter.com/hvwt3FNsLI 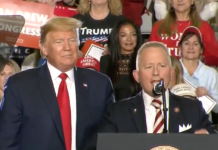