“I think she’s got real problems,” McCarthy told Steve Doocy off-air ahead of a live “Fox and Friends” interview. “I’ve had it with … I’ve had it with her. You know, I’ve lost confidence. … Well, someone just has to bring a motion, but I assume that will probably take place.”

McCarthy’s comments contrasted from the nearly 6-minute, on-air interview where he told Doocy he’d heard members concerned about Cheney’s ability to carry out her job as a party leader.

“I have heard from members concerned about her ability to carry out the job as conference chair, to carry out the message” — Kevin McCarthy indicates on Fox & Friends that Liz Cheney is likely toast as House Republican Conference Chair pic.twitter.com/afP2D971Zq

A spokesperson for Cheney responded to McCarthy’s aired Fox interview before the Axios report and said, “This is about whether the Republican Party is going to perpetuate lies about the 2020 election and attempt to whitewash what happened on Jan. 6. Liz will not do that. That is the issue.”

McCarthy’s hot mic comments have yet to be confirmed by other outlets as Axios did not include the video or audio in the report.

NEW: Kevin McCarthy was caught trashing Liz Cheney on a hot mic, saying, “I think she’s got real problems” and that he’s “lost confidence” in her. https://t.co/FONJlAaDAE 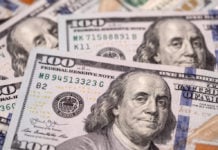